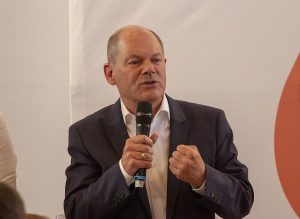 Bennett also extended an invitation to Scholz to visit Israel.

The two leaders discussed the important bilateral relationship between their countries, according to the Israeli prime minister’s office.

They likewise agreed to continue “the fruitful cooperation between the countries in a long line of areas – economic, diplomatic and security”.

They also discussed efforts to stop Iran from obtaining a nuclear weapon, after Germany’s new foreign minister Annalena Baerbock warned that “time is running out” for Iran to return to the nuclear deal with world powers.

Bennett thanks Scholz for his commitment to Israel’s security.

The new centre-left German government’s coalition agreement states that “Israel’s security is a national security interest”, and the coalition has endorsed a two-state solution and continued normalisation between Israel and Arab states via the Abraham Accords.

Bennett and Scholz also reportedly discussed the Covid-19 pandemic and efforts to get more people vaccinated.