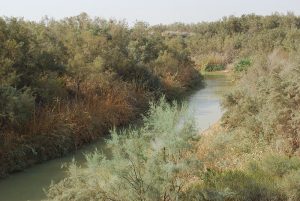 Israel and Jordan could be poised for an unprecedented boom in water cooperation amid technological advancement, environmental pressures and improved diplomatic ties.

Water deals between Jerusalem and Amman suffered in recent years under former Israeli prime minister Benjamin Netanyahu, whose critics accused him of neglecting ties with Jordan.

However, in July the two countries agreed their largest ever water transaction.

As one of the world’s desalination leaders, Israel can sell more water, including natural freshwater from the sea of Galilee, to Jordan without threatening domestic demand.

Jordan can also offer Israel solar power, which would be necessary to meet Israel’s decarbonisation targets in line with the 2015 Paris climate agreement.

Jordan is one of the world’s most water-deficient countries, suffering from extreme droughts.
Water cooperation with Israel long predates the 1994 peace treaty between the two countries.

Cooperation first arose in the 1920s, when a hydropower station at Yarmuk was approved by both the British Mandatory authorities and Hashemites.

Duke University professor Erika Weinthal said that “water is a resource that allows for adversaries to actually find ways to cooperate”, said Weinthal, a specialist in global environmental politics, who has worked extensively on Israeli-Jordanian issues.

“If you look at the data, you see more cooperation over water than conflict, and where there is conflict, it is usually verbal”, she added.