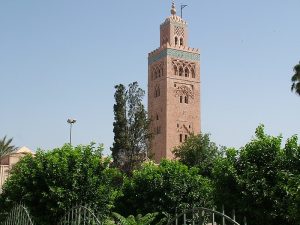 Israel’s National Security Council ended a travel warning for Morocco that has been in effect for over a decade.

In a statement, the council said the decision was made following an assessment that the threat level to Israelis in Morocco had decreased following diplomatic normalisation between the two countries, signed last year.

“It is advised to continue being on high alert while staying in the country”, the council cautioned.

Israelis had been allowed to visit Morocco prior to the normalisation agreement, which re-established ties last year after two decades.

Morocco was one of four Arab countries, alongside the UAE, Bahrain and Sudan, which normalised diplomatic relations with Israel in 2020 with US backing, in what have become known as the Abraham Accords.

The first direct commercial flights between Israel and Morocco took off in July, and Israeli foreign minister Yair Lapid visited the country in August.

The Moroccan government announced in mid-October that it was negotiating cooperation agreements in the fields of aviation, culture and sport with Israel.

Earlier this month, Israel nominated its first permanent ambassador to Morocco, who will run a fully upgraded embassy.

David Govrin, the sitting charge d’affaires in Rabat, will be the post’s first holder.