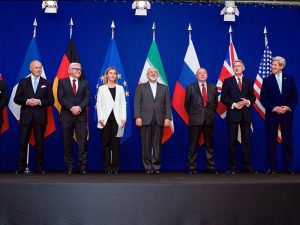 The Biden administration has agreed to join talks in Vienna aimed at resurrecting the Iran nuclear deal, which the Trump administration left in 2018.

The remaining signatories – China, France, Germany, Russia and the UK – now need to find routes both for the US to lift sanctions imposed on Iran under Trump, and for Iran to return to the limits on its nuclear programme agreed in 2015.

The UN International Atomic Energy Agency found last year that Iran was violating all elements of the 2015 deal, intended to constrain the Islamic republic’s nuclear capacity. This included a stockpile of low-enriched uranium more than seven times larger than that allowed under the agreement.
Speaking on Monday, US state department spokesman Ned Price said, “We don’t underestimate the scale of the challenges ahead […] These are early days. We don’t anticipate an early or immediate breakthrough, as these discussions, we fully expect, will be difficult.”

When asked about the comments on Tuesday, an Iranian government spokesman Ali Rabiei said he “saluted” them. “We find this position realistic and promising”, he went on, adding “it could be the start of correcting the bad process that had taken diplomacy to a dead end”. Rabiei claimed that Iran was “ready to mutually return to all its obligations in the shortest possible time”, should the US do the same.