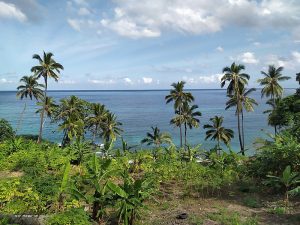 The Muslim-majority island nations of the Comoros and Maldives, both in the Indian Ocean, are reportedly the next candidates to normalise diplomatic relations with Israel, according to Israeli diplomatic sources.

Negotiations are allegedly ongoing to establish diplomatic ties between the two states and Israel, although no announcement is expected in the near future.

The Comoros, a French and Arabic-speaking archipelago, has never recognised Israel since it gained independence from France in 1975.

However, it was confirmed in October last year that the US had brought Comorian and Israeli diplomats together to discuss normalisation.

The Maldives, by contrast, had diplomatic relations with Israel until they were suspended in 1974. Relations with the Maldives improved in the 1990s and 2000s, when Israel signed three cooperation agreements relating to tourism, health, education and culture, despite the lack of formal diplomatic normalisation.

However, a coup against Israel-friendly president Mohamed Nasheed in 2012 saw him replaced by hardline Islamic conservative Mohammed Waheed Hassan, with the government later dissolving all agreements with Israel and banning Israeli imports.

The Biden administration has thrown its support behind the diplomatic normalisation process, or Abraham Accords, following the normalisation of ties between Israel and the UAE, Bahrain, Morocco and Sudan in 2020.