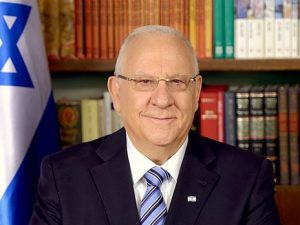 Almost two weeks after Israel’s fourth general election in two years, President Reuven Rivlin gave Benjamin Netanyahu the first opportunity to form a government on Monday. He said he did so reluctantly, with “moral and ethical” reservations over the fact that Netanyahu is on trial for corruption.

Rivlin’s announcement came after consultations with party leaders in the new Knesset to hear whom they would support to form a government. No party leader had the support of a majority, though Netanyahu and Yair Lapid emerged as the two main candidates.

With backing from 52 of 120 MKs, Netanyahu won out over main challenger Lapid, with endorsement from 45 MKs. The remaining 23 MKs – from Yamina, New Hope and the two Arab parties – either recommended their own leader for prime minister or made no endorsement, denying both Netanyahu and Lapid a majority.

Rivlin said that Netanyahu’s trial did not influence his decision, insisting that his largely ceremonial role “is not a substitute for the legislature or for the judiciary”. However, the president did not invite Netanyahu to the ceremony formally tasking him with forming a government – as would be the norm when prospective prime ministers are named.

Netanyahu will now have 28 days to form a coalition that can win majority support in the Knesset.