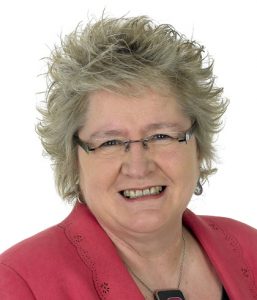 Dame Anne McGuire MP, Chair of LFI writes why the Israeli Labor party is back in the game.

Isaac Herzog has made two important shifts which may boost Labor’s chances of forming the next government.

It has been a difficult 10 years for Israel’s Labor party. After Ehud Barak was defeated as prime minister in 2001, Labour’s sister party entered a period in the political wilderness. In 2009, the party, which had governed Israel uninterrupted for the first three decades of the state’s existence, was reduced to just 13 seats in the Knesset, the choice of fewer than one in 10 Israeli voters, with its place on the centre-left of politics challenged by seemingly more attractive newcomers.

Today, with Israel going to the polls in just under two month’s time, Labor is, once again, back in the game. Polls show that, under its leader Isaac Herzog, the party is running neck-and-neck with the governing Likud party and has a chance of bringing the Netanyahu era to a close.

In part, this is a reflection of ordinary Israelis’ desire for change. In many ways, the elections will be a referendum on Benjamin Netanyahu, a man who has been in frontline politics for two decades – 14 years as a cabinet minister and nine as prime minister.

By the time the election was called in December, 60 per cent of Israelis, according to a poll for the Jerusalem Post, said they did not want to see Netanyahu remain in office.

The fall in the prime minister’s approval ratings to just 40 per cent from a high of 77 per cent reflects two things.

At the same time, and despite Israel’s acceptance last spring of John Kerry’s framework document, he can hardly point to much success in advancing a settlement with the Palestinians.

Second, with the economy slowing after a period of prolonged growth and the cost of living rising sharply, Netanyahu is clearly on the wrong side of the perennial “are you better off than you were you four years ago?” question.

Unsurprisingly, given these two factors, last month a poll found that 64 per cent of respondents believe the country’s socioeconomic situation had got worse under the outgoing government, while 58 per cent thought the security situation had worsened.

Security will always be a high priority for Israeli voters, but there are signs that, as in the last election, concerns about the economy are weighing heavily, too. Indeed, when asked which issue will determine their vote, 34 per cent suggested the economy; 30 per cent security; 14 per cent social justice; 10 per cent matters of religion and state; five per cent Arab-Jewish relations; and two per cent education and culture. Just one per cent said Israel’s foreign relations.

Herzog believes that the 2011 protests showed Israelis’ desire for a “fair and square” economic deal. The “summer of 2011 was a major watershed in Israeli history,” he told an audience last month. “All of a sudden the nation woke up and demanded not security or peace; they demanded social justice.”

Outflanked by a new party, Yesh Atid, which captured skilfully tapped into the public mood, Labor failed to capitalise on this shift when the country last went to the polls.

Things may be different this time. Yesh Atid, which shot to second place in the 2013 elections, betrayed the hopes of those who believed it would bring about change by joining Netanyahu’s coalition. As finance minister, its leader, Yair Lapid, has largely failed to deliver on his promises. Polls suggest that Yesh Atid may now lose around half of its seats in the Knesset.

Herzog has made two important shifts which may boost Labor’s chances of forming the next government. First, he and Tzipi Livni, the leader of the Hatnua party, have attempted to solidify the centre-left vote by agreeing to run a joint list of candidates and, if they win, to rotate the premiership.

Division on the centre-left was a major factor in allowing Netanyahu, despite a heavy swing against Likud in 2013, to continue as prime minister. It is important to remember that together, Netanyahu’s Likud, Avigdor Lieberman’s Israel Is Our Home party and Naftali Bennett’s far-right Jewish Home party form a rightwing bloc which hold only 43 of the outgoing Knesset’s 120 seats. The vast majority of the rest of the Knesset supports the two-state solution.

Sadly, despite his stated support for a two-state solution, and that of a substantial section within his party, Netanyahu has been cowed by a vociferous minority on the hard-right of Israeli politics into inaction on that front, a problem which has been compounded by foot-dragging and timidity on the Palestinian side.

Second, Herzog has made great effort to reach out to the ultra-Orthodox ‘haredi’ parties which sat on the opposition benches with Labor in the last Knesset. On social issues, some of these are much closer to Labor than to Likud.

Finally, the results of the Labor party’s primary elections announced Wednesday morning show an interesting shift in Herzog’s party. Described by Herzog as “honest, brave and combative”, the list includes some fascinating highlights and represents all sectors of Israeli society.

Indeed, the new Labor list boasts an impressive representation of women candidates with seven of them in the top 25, four of which in the top ten spots.

Another interesting fact is the impressive results of Stav Shaffir and Itzik Shmuli, two leading figures of the 2011’s social justice protest who fought and won many battles on the socioeconomic front.

But Netanyahu is a skilled campaigner and with his suggestions that Herzog and Livni will capitulate to Israeli’s enemies, he has already signalled that he will attempt to scare many hard-pressed voters who may like Labor’s message of social justice and reform back into the arms of Likud.

However, unlike in the last election, Herzog has already signalled that he will not be intimidated by such tactics. He has attacked Netanyahu for endangering Israel’s relationship with the United States. To Israelis frustrated by Israel’s deteriorating international standing, he emphasises his rapport with Palestinian Authority president Mahmood Abbas and promises confidence-building measures such as freezing settlement construction outside major settlement blocs.

At the same time, he has been clear with Abbas that the PA should stop taking unilateral measures which endanger the chances of a two-state solution and simply encourage hardliners on both sides.

Of course, it will be Israelis who will decide who will form their next government. There will, however, be many of us in the Labour party who will be wishing out sister party well and hoping that, come May, new governments in Britain and Israel will be able to work together to advance the cause of social justice and peace both at home and overseas.

This article was published by Left Foot Forward Ltd and is available here: http://leftfootforward.org/2015/01/good-news-the-israeli-labour-party-is-back/