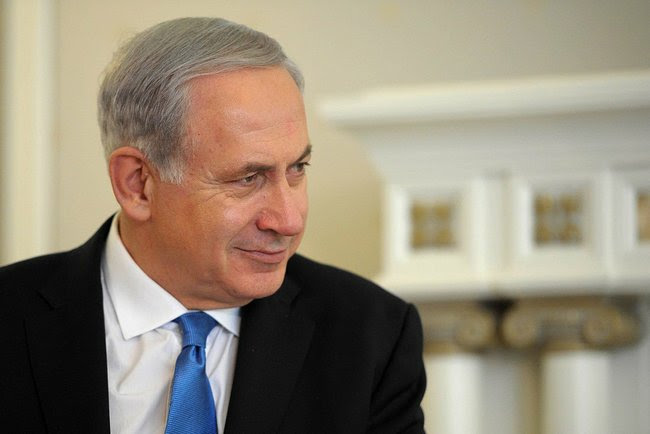 Benjamin Netanyahu’s long domination of Israeli politics may finally be drawing to a close as a series of corruption scandals threaten to consume his premiership.

The peril facing the prime minister mounted last week as police revealed that he is a suspect in two bribery and breach of trust investigations. Netanyahu has been under investigation for several months and questioned on several occasions.

The depth of his difficulties was underlined by the later revelation that his former chief of staff and close confidant, Ari Harow, has signed a state witness deal. Harow was being separately investigated for allegedly using his government position to further his business interests. Observers believe the fact that police have agreed to a deal by which Harow, in exchange for testimony against his former boss, will receive community service rather than face prison strongly suggests that they intend to put the prime minister on trial. “If the prosecution did not intend to try Netanyahu and use Harow’s testimony, it would not have been so lenient with the sentence,” argued Haaretz.

There are two principal cases which involve Netanyahu directly. In “Case 1000”, he is alleged to have received tens of thousands of pounds’ worth of gifts – including cigars, champagne, jewellery, flights and hotel rooms – from two billionaires in return for providing them with assistance. He is supposed to have helped Arnon Milchan, an Israeli Hollywood film producer, obtain a US visa, as well as furthered his interests in a deal to sell Channel 10. The prime minister is also alleged to have helped Australian casino owner James Packer secure a residency permit in Israel. Netanyahu does not dispute that he received the gifts, but claims they were not illegal or bribes.

In the second case, “Case 2000”, the prime minister is accused of conspiring with media magnate Arnon Mozes. In return for curbing competition from US billionaire Sheldon Adelson’s free daily, Israel Hayom, Netanyahu is said to have sought more favourable coverage in Mozes’ Yedioth Ahronoth newspaper and its Ynet new site. Adelson’s paper has traditionally been strongly pro-Netanyahu, while Mozes’ publications have been more critical. Again, Netanhyahu does not deny that tapes of his conversations with Mozes exist, but refutes any allegation of wrongdoing.

Harow’s testimony is sealed but there is speculation that he will be able to offer evidence on Netanyhau’s ties to Milchan. He is also believed to have been sent by the prime minister to negotiate with Adleson on the alleged Mozes deal. His pivotal role was underlined last week by Netanyahu’s former communications director, Yoaz Hendel: “Ari Harrow … sat on the seam between the political and the personal, between the family of Netanyahu and the national, between the bureau and the home. On these seams — all the grey episodes happened.”

In two other scandals – centering on the sale of German submarines to Israel, in which Netanyahu’s personal lawyer is involved, and share dealing by his appointee as director-general of the Communications Ministry – the prime minister is not a suspect. However, there is speculation that he could become entangled in the latter. Rather closer to home, Israeli media reported this week that the attorney general is preparing to indict Sara Netanyahu on four separate allegations of using state funds for private use.

But Netanyahu, who has won four elections and is the second longest-serving prime minister in Israeli history, appears determined to fight on. Publicly, he has vowed to stay in post to clear his name even if he is indicted. This week, he posted a Facebook story quoting Palestinian sources saying they hoped the investigations would oust him. Netanyahu added the words “Won’t happen” to the story. He has also railed against an alleged plot by the opposition, press and internal party opponents to unseat him. “They are trying to get me and attempting to topple the right,” he is reported to have told Knesset members. “This is not new. They have been trying for many years.” He also defiantly suggested: “I have nothing to fear.”

The wheels of Israeli justice may move slowly. A police recommendation on whether to indict him would not come until after October’s High Holy Days and may not be ready until early next year. That recommendation would then go to the attorney general, a process which might take several more months. Even if the attorney general decides to formally indict him, Netanyahu would not legally be required to resign.

However, both Netanyahu’s coalition partners and the courts may make his position untenable. Israel’s High Court of Justice, for instance, has previously ruled that ministers who are indicted should be immediately dismissed. Politically, finance minister Moshe Kahlon, leader of the centre-right Kulanu party, may play a key role. A toughly worded police recommendation to indict – particularly one involving charges of bribery – may lead him to resign from the government, forcing new elections. Even if Kahlon did not pull the plug at that stage, it is believed unlikely that leading political players would allow Netanyahu to remain in office while he was on trial.

Public opinion also appears hostile to an attempt by Netanyahu to tough out the situation. A new poll this week indicated that two-thirds of voters want the prime minister to quit if he is indicted. Only one-fifth thought he should stay in post. Moreover, it also suggested that Netanyahu may be a potential drag on the Likud party in future elections. If an election were held now, Likud would win 27 seats against 22 for the Zionist Union. However, without the prime minister at the helm, the poll reported, Likud would win 31 seats to 20 for the Zionist Union. Gideon Sa’ar, a former Likud minister, was the clear voters’ choice to lead the right into elections if Netanyahu leaves office.

The prime minister’s legal difficulties come at a particularly ill-timed moment politically. His climbdown two weeks ago over the installation of metal detectors at the Temple Mount following July’s terrorist attack has seen Netanyahu come under fire from normally friendly sources. Right-wing commentators charge him with “weakness”, while Adelson’s ultra-loyal Yisrael Hayom reported the news under the headline: “Netanyhu’s display of impotence.”

As Anshel Pfeffer of the Jewish Chronicle described, the prime minister has spent the last fortnight desperately shoring up his right-wing base. Following the murder of three Israelis in Halamish by a Palestinian terrorist, he appeared to reverse his previous opposition to the death penalty. He then ordered the Al Jazeera offices in Israel and Palestine closed, accusing the Qatar-backed channel of inciting violence. But, as Pfeffer also reported, such populist pledges are near-impossible to fulfil. Unlike in Saudi Arabia and other Arab states which are currently trying to silence Al Jazeera, the channel will be able to fight its case through the Israeli courts, which are likely to strongly resist the government’s demands. Likewise they are also certain to overturn any attempt to bring back the death penalty.

Netanyahu also announced he would ensure the controversial bill formally declaring Israel a Jewish state will become law in the next Knesset session. This move, speculated Yossi Verter in Haaretz, may be intended to provoke a coalition crisis (Kulanu oppose some of the bill’s clauses) and force new elections. Were Netanyahu to win again, that may make state prosecutors more wary of pressing ahead with legal action against the head of newly re-elected government. Such a step would be the ultimate high-wire gamble, a last throw of the dice from an increasingly desperate prime minister.

One thing is for sure: while Netanyahu is consumed by his own legal and political difficulties and dependent on the right for his survival in office, tackling Israel’s pressing socio-economic, security and diplomatic needs will go on the back burner.