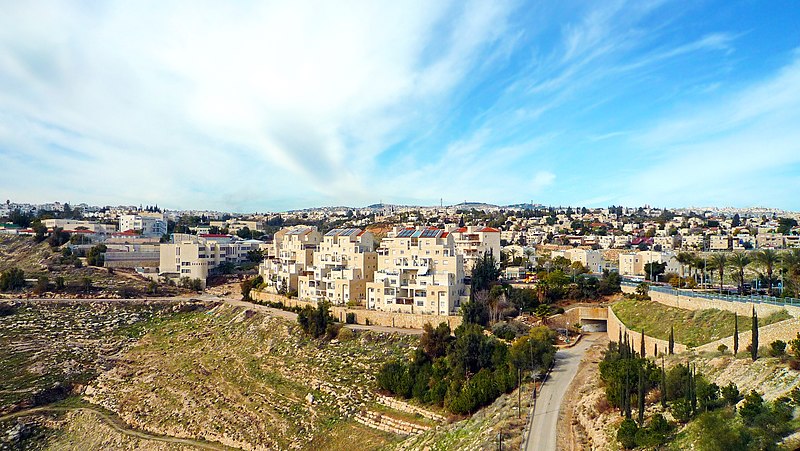 An influential Israeli think tank has published the results of a “war game” simulating the dangers of Benjamin Netanyahu attempting to annex parts of the West Bank.

The report from the Institute for National Security Studies identifies a series of resulting “explosive events”, rising violence affecting Israelis and Palestinians, and huge security and diplomatic dangers for the Jewish state.

“The decision-making process in Israel reflects short-term thinking on exploiting opportunities while President Trump in the White House and does not at all take into account the direct or indirect consequences of dramatic steps that change the rules of the game,” the report warns.

The report was published as Israeli media reported that Netanyahu ally Yariv Levin has privately admitted that the US is distracted and not paying attention to the issue of annexation. The Knesset speaker suggested the prime minister will have to put his plans on the back burner if the US administration – distracted by the coronavirus pandemic, deep economic difficulties and President Trump’s faltering re-election campaign – is unable to engage.

The Trump administration’s Middle East peace plan released in January proposed that Israel can annex up to 30 per cent of the West Bank, including Israeli settlements and the strategically important Jordan Valley. In exchange, it envisages the establishment of a Palestinian state, a four-year freeze on Israeli settlement building, and some compensating “land swaps”. The US plan also offers the Palestinians a capital in Arab neighbourhoods on the outskirts of Jerusalem

The “unity government” agreement signed in gave Netanyahu the right to bring annexation to a vote in the cabinet and Knesset after 1 July.

The Palestinians, Jordan, and the Gulf states, with whom Israel has been building closer ties due to their shared distrust of Iran, are all strongly opposed to Trump’s initiative.

Polls also indicate that a majority of Israelis do not support annexation and only 3.5 percent view it as a priority as the country wrestles with a second wave of coronavirus cases and the economic fallout from the pandemic.

In recent weeks, the notion of Israel annexing one-third of the West Bank has given way to talk of more limited moves, such as it “applying sovereignty” to “settlement blocs” which abut the 1967 Green Line; or annexing just a few settlements.

The 1 July deadline passed with Netanyahu’s office saying simply that “additional discussions” with US officials were needed, as cabinet loyalists insisted that the process would begin later in July.

Defence minister Benny Gantz remains a key stumbling block for Netanyahu. The head of the centrist Blue and White party, who will assume the premiership next autumn, is broadly supportive of the Trump plan, but has long opposed any unilateral Israeli steps. Instead, he has insisted that Israel should only move ahead in coordination with the Americans, Arab states and Palestinians.

The INSS simulation featured the INSS director Amos Yadlin — a former head of IDF Military Intelligence and Labor candidate for defence minister — in the role of Netanyahu, and former IDF chief of staff Gadi Eisenkott representing the IDF’s top echelon.

In the simulation, a late July announcement of Israel’s intention to annex the settlement blocs was followed by President Mahmoud Abbas declaring an independent Palestinian state within the pre-1967 lines and calling for other countries to swiftly recognise it. Abbas’ intention, the INSS believes, would be to play for time, hoping to stall Netanyahu’s plans until November’s US presidential election in the hope that Joe Biden, who is opposed to annexation, emerges victorious.

But, in the short-term, the war game found, developments in the region begin to spiral rapidly out of control. “Almost immediately, a series of escalating events began in the Israeli-Palestinian sphere and beyond,” the report suggests.

These events culminate in a potentially positive outcome as both Israel and the PA pull back from confrontation, accepting a request from the Quartet – the EU, US, UK and Russia – for a return to the negotiating table. Annexation and Abbas’ declaration of independence are suspended as the two sides commence talks, based around the 2002 Arab Peace Initiative and the Trump plan.

The simulation outlines a chronology of “explosive events” following Netanyahu’s annexation announcement. These include:

•    Unrest in the West Bank sees the PA at risk of losing control of security, with its forces absent from many urban areas and the void filled by Tazim militia forces who are not under Abbas’ control.

•    The PA launches a “liberate Area C” campaign – that part of the West Bank where the 1993 Oslo Accords granted Israel temporary control – with signs and flags welcoming those “entering Palestinian territory” erected. A group of Palestinian youths seize a hilltop between Psagot and Kochav Yaakov, which the PA dispatches its forces to protect against any potential action by the IDF.

•    Rocket and terror attacks begin, with Islamic Jihad launching missiles from Gaza and gunfire targeting Israeli vehicles near Beit El, in which a father is killed and his children injured. Israeli police receive reports that a couple visiting Mevo Dotan have gone missing. Mobile phone signals tracked to Jenin suggest they may have been abducted. Hamas’ leadership is believed likely to “encourage and initiate terrorist attacks and violence in the West Bank, while maintaining a low level of attacks from the Gaza Strip” so as not to provoke a potentially destabilising Israeli response to its rule there.

•    Israel agrees to a request from Jordan for a plane carrying King Abdullah to fly to Ramallah to visit Abbas. It conditions its agreement on Abdullah not participating in any ceremony to mark the establishment of a Palestinian state. However, on his arrival, the monarch joins Abbas and the secretary-general of the Arab League at the head of a parade which sets off towards Jerusalem.

•    As Israel moves towards annexation, rioting erupts on the Gaza border and, encouraged by Turkey, at Jerusalem’s Temple Mount. Protesters are killed in clashes with Israeli security forces. In the West Bank, violence intensifies, with attacks on Israeli cars, and confrontations between groups of settlers and Palestinians each attempting to take command of hilltop outposts in Area C. Tit-for-tat attacks on religious buildings in Hebron occur.

•    IDF reservists are called up amid mounting disquiet and protests in Israel. The protesters adopt the slogan “for what”.

•    The regional fallout is swift: rockets are fired into northern Israel from Lebanon, Turkey dispatches three frigates to the Gaza coast, and mass demonstrations in Amman force Abdullah to freeze the 1994 peace agreement with Israel and demand its diplomats leave the Jordanian capital. Seizing on the chaos, Iran announces it will enrich uranium to 20 percent and leave the Non-Proliferation Treaty. Annexation, the war game suggests, thus compromises Israel’s primary security goal of the past decade: preventing Iran obtaining “military nuclear capability” and, through its support for Hezbollah, consolidating its threat to Israel’s northern border.

•    A meeting of the Quartet in Moscow seeks to ease tensions and prevent a further escalation. It calls on Israel to suspend annexation, the PA to halt its declaration of independence, and both sides to begin direct negotiations. Negotiations will be conducted with no prior conditions, and based on the Arab Peace Initiative, Trump’s peace plan, and prior relevant international decisions. Israel and the PA accept the Quartet’s proposal.

But this seemingly hopeful end to the annexation crisis – a return to direct negotiations for the first time in six years – is not, the INSS warns, in any way preordained. “In the war game, a way was found to exit [the annexation] trap,” the report suggests. But, it continues, “in reality it is questionable whether this exit will be accessible or practical.”