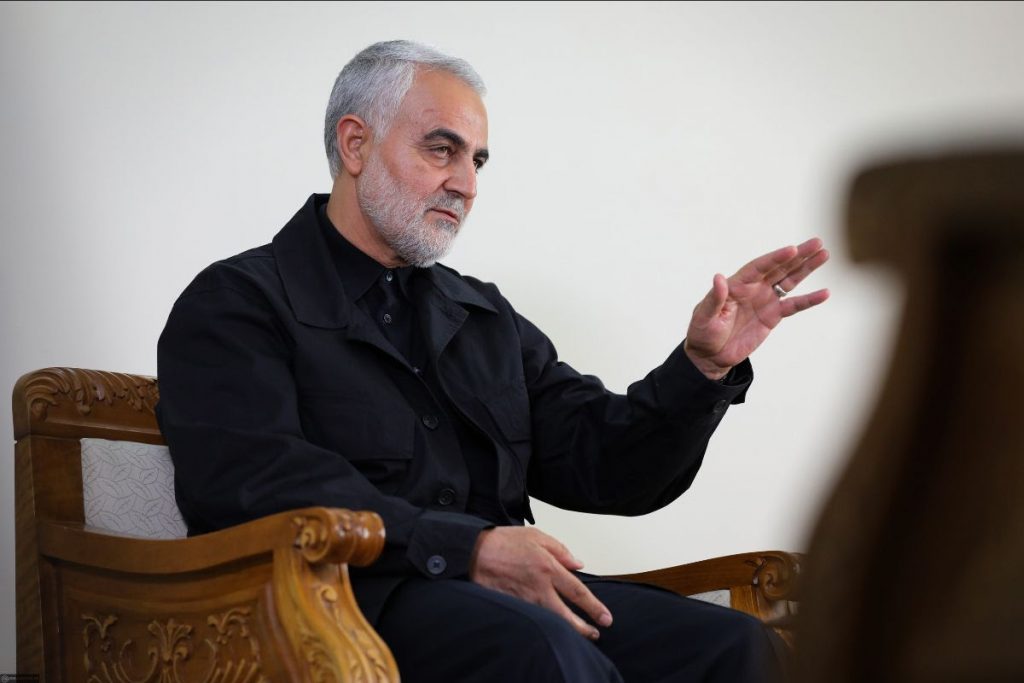 General Qassem Soleimani, who was assassinated by the United States last week, has been described as the “single most powerful operative in the Middle East today”.

His two-decade leadership of the Iranian Revolutionary Guard Corp’s Quds Force has seen the Islamic Republic’s influence and power in the region seemingly expand – but at a cost of tens of thousands of deaths and the impoverishment of his country.

Soleimani has been likened to Karla, John Le Carre’s fictional Soviet operative, while a Time magazine profile of the 100 most influential people of 2017 suggested that “to Middle Eastern Shiites, he is James Bond, Erwin Rommel and Lady Gaga rolled into one”. The European Union simply designated him as a terrorist.

The precise consequences of President Trump’s apparently rash decision to assassinate him – an action previously rejected by Israel and Presidents George W Bush and Barack Obama – are hard to predict beyond the threats of revenge issued by Iran (and its launch last night of missiles at Iraqi airbases hosting US and coalition troops) and its proxy army, Hezbollah, and Tehran’s decision to pull out of the 2015 Iran nuclear accord.

Nonetheless, analysts are predicting a dangerous new “hybrid war” between Iran and the US, terror attacks and interference with Gulf shipping, and civil war and a possible resurgence of Islamic State in Iraq.

It is arguable that Trump’s actions may spectacularly misfire: out of the nuclear deal, Iran may become a nuclear weapons state in a short period of time. Iraq is likely to demand US forces leave its territory – a clear win for Iran. And, even without its charismatic head, Iranian expansionism may not be curtailed. Regime hardliners, former foreign secretary, Jack Straw, suggested, may also end up strengthened at the expense of reformists.

Aged only 22 at the time of the 1979 Islamic Revolution, Soleimani devoted almost his entire adult life to furthering its ideological goals. After joining the Revolutionary Guard (IRGC), he fought in the bloody eight-year Iran-Iraq war, and, after a spell as governor of Kerman province, he was appointed to head the Quds Force – the wing of the IRGC which seeks to advance its ambitions abroad. In this role, Israeli journalist Anshel Pfeffer has argued, he became “a spy chief, a military trainer of some of the most fearsome militias in the Middle East and his country’s supreme diplomat”.

Crucial to Soleimani’s rise – and the vast power he wielded – was his close relationship with, and the trust invested in him by, Ayatollah Ali Khamenei. The Iranian Supreme Leader, is said to have “treated him as his adopted son and appointed him his special adviser”. Soleimani’s near-mythic, celebrity status in Iran – his Instagram account has millions of followers – led to talk of an eventual run for the presidency.

Soleimani’s most significant goal was the design and execution of Iran’s “arc of influence” – known by the regime as the “axis of resistance” and dubbed by others the “Shia crescent” – which stretches from the Gulf of Oman across Iraq, Syria, Lebanon and to the Mediterranean coast. This goal was achieved not through overt military force but via proxies – Hezbollah in Lebanon and Syria, the Popular Mobilisation Forces in Iraq, and the Houthis in Yemen – via which, noted the New York Times’ Thomas Friedman, Soleimani “created pro-Iranian Shiite states-within-states”. The cost came in the form of bloody civil wars, vicious sectarianism and deep instability throughout the region.

Soleimani’s seized his opportunity with the mixture of ruthlessness and cunning that was to become his trademark in the aftermath of the 2003 US-led invasion of Iraq. Utilising a network of Shia militias, he launched a series of deadly attacks on American troops which sought to both grind down the US and allow Iran to fill the bloody void he had, in part, helped to create. Many of the infamous IEDs – roadside bombs – which are estimated to have led to the deaths of more than 600 US soldiers between 2003-11 were manufactured in Iranian factories.

Over time, he engineered the emergence of a Shia-dominated, pro-Iranian government in Baghdad. This, in turn, stoked the Sunni resentment which helped fuel the rise of IS. Ironically, having helped to light this deadly fire, Soleimani also helped to douse it, partnering in an uneasy, tacit alliance with the US-led coalition which battled IS.

At the time of his death, Soleimani continued to be a – perhaps, the – key player in Iraq. In 2018, it was revealed that he was directly involved in the talks over the formation of a new Iraqi government. He successfully pressured the Kurds into abandoning their plans for independence. And, in recent weeks, he personally directed the brutal crackdown on the mass protests – part driven by economic discontent, part a reaction to Iranian influence – which has seen hundreds dead, many brutally picked off by the snipers, to whom Soleimani issued “shoot to kill” orders.

It was in Syria, however, that Soleimani’s legacy is darkest. Determined to ensure that President Bashar al-Assad remained in power, he led Shia forces – most notably, Hezbollah, but also recruited from as far as Pakistan and Afghanistan – as they retook territory from rebel forces, laying waste to the country and contributing to the 500,000 death toll and wave of refugees and displaced people. Soleimani was also crucial in persuading President Vladimir Putin that Russian airpower – indiscriminately directed against Syria’s civilian population – could, in combination with his ground forces, shore up and save Assad’s then-tottering regime. “He’s running the war himself,” a US defence official suggested at the time.

Soleimani himself flaunted his new-found notoriety: emerging, at the Times put it this week, “as the public face of Iran’s intervention there, appearing in photographs visiting troops on the battlefield, documentaries on Iranian state television and even in a popular music video”.

In Lebanon, too, Soleimani’s influence was baleful. In practice, he oversaw Hezbollah, both its powerful Shia political party and its intertwined military wing. In 2006, he ran its bloody 34-day war with Israel, which menaced the Jewish state and left a trail of destruction in Lebanon. Although Soleimani was far less well-known at the time, he was already showing signs of courting fame: telling the Americans, whose forces he was directing attacks against in Iraq: “I hope you’re enjoying the peace and quiet in Baghdad. I’ve been busy in Lebanon.”

While many of the terror attacks against Israel he planned in tandem with Hezbollah failed, some succeeded. In 2012, five Israelis were among the six tourists murdered in a Burgas, Bulgaria, suicide bombing. Beyond Europe and the Middle East, the Quds Force was also linked to plots in the US, Asia and Latin America.

Soleimani is also held responsible by Israel not simply for the vast expansion in Hezbollah’s arsenal following the 2006 Lebanon war, but also for personally directing attacks – including a failed drone strike last year – against the Jewish state from Syria. His attempts to transfer precision-guided rockets from Iran to his proxy forces in Lebanon and Syria were, however, largely repelled by Israel, which launched a series of strikes on Iranian facilities in Syria and western Iraq.

But, ultimately, it was the homeland whose interests he claimed to serve to which he also caused huge damage.

Aside from Soleimani’s support for hardliners – in 1999, for instance, he successfully urged the moderate President Mohammad Khatami to crush the nascent student movement which was demanding greater cultural freedoms – he also managed to see off more recent attempts by reformers to direct the billions of dollars appropriated to his military adventurism overseas to help salve Iran’s many domestic ills.

That adventurism is, moreover, one of the key reasons cited by the US for its withdrawal two years ago from the 2015 nuclear accord and the imposition of crippling sanctions upon Tehran. These, in turn, have helped to cripple the Iranian economy. Oil production has nearly halved since April 2018; the International Monetary Fund estimated that the Iranian economy contracted by 9.5 percent in 2019; and inflation is believed to be running at more than 47 percent. This noxious cocktail produced protests in November, in which Amnesty suggests more than 300 people were killed by government forces.

In recent weeks, the consequences of Soleimani’s “Shia crescent” sparked protests not only on the streets of Tehran, but also those of Baghdad and Beirut. Protests which initially stemmed from economic discontent widened into a much broader challenge to the political system, the corruption which characterises it and, in the case of Lebanon and Iraq, anger at Iranian meddling and interference.