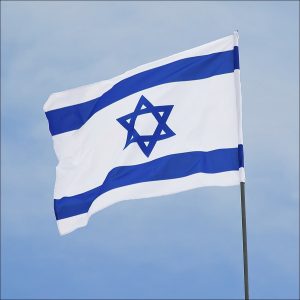 Less than one in five Britons support boycotts of Israel and most view the Jewish state as the UK’s most important Middle Eastern ally in the fight against terrorism, according to polling released last week by BICOM.

The annual poll also found an increase in the number of people who view Iran as a significant threat to the security of Britain, as well as opposition to hatred of Israel.

Forty-five percent of those polled agreed that it is antisemitic to hate Israel and question its right to exist. Thirty-six percent said they did not know, and only 18 percent disagreed.

James Sorene, the chief executive of BICOM, said of the results: “In a highly volatile political environment, the most striking feature of these results is their stability. Warmth towards Israel and the Palestinians has largely stayed the same for five years, though we have seen small decreases in both this year.”

The BICOM survey asks questions about countries and non-state actors in the Middle East with specific questions about trade, counterterrorism and boycotts of Israel. It is conducted by Populus after surveying a nationally representative sample of 2026 British adults.

Only 14 percent of people support boycotts of Israel and disagree with the statement “I don’t boycott goods or products from Israel and find it hard to understand why others would”. This figure is unchanged compared to 2018. Forty-six percent of those surveyed opposed boycotts and 40 percent said they did not know.

However, opposition to boycotts of Israel has fallen compared to 2018 among the 18-24 age group, from 45 percent to 37 percent. This is, though, still a higher figure than the previous low of 28 percent in 2015.

At its annual conference in September, Labour opened the door to a boycott of goods from Israeli settlements in the West Bank. The party’s manifesto, though, makes no mention of the policy, although it does propose a ban on some arms sales to Israel and proposes to immediately recognise a Palestinian state.

In terms of UK-Israel relations, the poll found appreciation among the public for both Britain’s security and economic ties with the Jewish state.

There was a sharp decrease in the public’s “warmth” towards Turkey, which dropped from 24 percent in 2018 to 16 percent this year, placing it three points below Israel and five behind the Palestinians. It was the lowest rating Turkey has ever achieved in the BICOM polls.

“Perhaps the real story is the large drop in support for Turkey, no doubt a reaction to the Turkish invasion of northern Syria which took place just two weeks before the survey was carried out,” commented Sorene.

Nonetheless, the public remain warmer towards Turkey than they do Iran, which achieved a rating of just six percent. The poll also detected an increase in concern that the Islamic republic poses a significant threat to the security of the UK. Since last year, there has been a four percent increase – to 20 percent – in the number of people perceiving a big Iranian threat to Britain. The view that Iran poses no threat at all to the security of the UK has gone down seven points, from 23 percent in 2018 to 16 percent in 2019, while the number of people who don’t know has risen by five percent to 20 percent.

As Sorene suggested, “Iranian violations of the 2015 nuclear deal and the seizure of a UK flagged tanker in July also appear to have had an impact.”