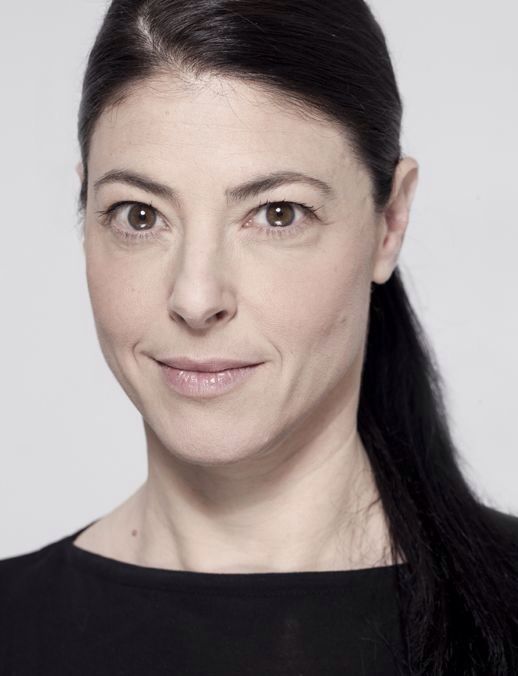 Merav Michaeli, who refused to back her party’s decision to join Israel’s “unity government” last summer, was elected Labor leader on Sunday in a landslide victory. She now has a little under two months to revive the party, which had been threatened with an electoral wipeout, before voters return to the polls in Israel’s fourth general election in two years.

•    Michaeli won 77 percent of the vote in Sunday’s primary election, beating her closest rival, businessman Avi Shaked, an ally of outgoing leader Amir Peretz, who won 19 percent. Gil Beilin, son of Yossi Belin, one of the architects of the Oslo Accords, won two percent.
•    In a dramatic assertion of her authority, on Monday Michaeli pulled Labor from the government, ordering her two fellow Labor MKs, Peretz and Itzik Schmuli, to resign as economy and social welfare ministers respectively. “The Labor Party is restarting,” she said. “The party will leave the worst and most corrupt government in Israel’s history.”
•    The election was triggered by Peretz’s decision to resign as leader last month, when the Knesset was dissolved. Last week, Peretz, who is planning to run for the Israeli presidency, announced he wouldn’t stand for the Knesset in the March election
•    Michaeli said after her victory: “I’m calling on everyone who feels that politics doesn’t represent her, to everyone who feels that politics doesn’t make room for his voice – come home.”
•    Michaeli fought a legal battle to allow all party members to elect their new leader. Together with Labour’s ruling Central Committee, Peretz had attempted to cancel the party’s primary elections for both the leader and Knesset list. After losing at Tel Aviv’s District Court, Peretz withdrew his appeal shortly before the Supreme Court considered the case, just days before Sunday’s primary went ahead.
•    Efforts by the Central Committee to block Michaeli by persuading Ehud Barak to throw his hat into the ring faltered last week when the former prime minister declined to run.

Michaeli received an immediate boost when a new poll, released by Channel 13 television, showed Labor crossing the 3.25 percent threshold to enter the Knesset and winning four seats. Throughout the past 11 months surveys have indicated Labor, which had three seats in the old Knesset, was facing an electoral wipeout. Michaeli received a further boost when Ram Shefa, a Blue and White MK, defected to Labor and announced he was running in the party’s primaries next week. The Channel 13 poll also showed the governing Likud party and the main opposition Yesh Atid party gaining ground, with Gideon Saar’s anti-Netanyahu right-wing New Hope party falling back. However, in a blow for Benjamin Netanyahu’s hopes of remaining in office, it indicated that, together, the prime minister and his ultra-Orthodox allies have 45 seats, far short of the 61-seats needed for a majority.

Labor’s struggles in the polls reflect both short, medium and long-term trends:

•    Labor governed Israel for the first 30 years of the state’s existence. However, since Likud’s victory in the 1977 general election, Labor has faced a string of electoral setbacks and, over the past 20 years, has had 10 different leaders (by contrast, Likud has had just four in the past 48 years and only two since 1999). While it remained highly competitive in the 1980s – with Shimon Peres serving as prime minister at the head of a “unity government” between 1986-88 – the party has scored only two clear-cut victories at the polls since 1977: under Yitzhak Rabin in 1992 and Ehud Barak in 1998. As the traditional lead of Israel’s “peace camp”, Labor suffered from a credibility crisis following the wave of Hamas-led terrorism which accompanied the signing of the Oslo Accords and the Second Intifada.
•    At points in the last decade, things had been looking up for Labour. Under previous leader Isaac Herzog, Labor formed the Zionist Union with former foreign minister Tzipi Livni and came close to ousting Netanyahu from power in 2015. However, under Hezog’s successors, Avi Gabbay and Peretz, the party’s fortunes have declined sharply. The launch of the centrist Blue and White party in early 2019 – which became the principal repository for the anti-Netanyahu vote – led to historically poor performances by Labor in the three elections held between April 2019 and March 2020.
•    Peretz’s decision to follow Blue and White into a “unity government” last spring – breaking a pledge not to sit in a Netanyahu-led administration – proved hugely contentious within the party and further weakened Labor’s political standing. Michaeli strongly opposed joining the government from the outset.
•    The party which can lay claim to have played a pivotal role in forging the State of Israel may be down, but it’s not out. Labor retains considerable financial and organisation resources. Information revealed last month showed it has property assets, owned by party-controlled firm Beit Arlozorov, worth at least $46 million. Those assets – and debts of just $4.6m – contrast sharply with the parlous financial state faced by most other Israeli parties as they embark on the fourth general election in two years. Labor also has around 40,000 registered members and thus an infrastructure which competing new parties will struggle to fast assemble.

In her victory speech, Michaeli appealed directly to those, like her, who had recoiled at Peretz’s decision to take Labor into government.

•    “Friends, now is the time to come home,” she declared. “You, who they lied to and deceived and took your vote, come home. Come to a home of truth.”
•    In an interview with the Sunday Times, Michaeli underlined her criticisms of Peretz’s approach. “You don’t join government as an irrelevant appendage,” she said. “That’s how you lose legitimacy and make space for new parties to replace you.”
•    More broadly, Michaeli suggested that: “Politics in Israel has been warped in the 27 years since Netanyahu ﬁrst became Likud leader. He introduced standards and language that didn’t exist before. It’s all about good against evil.” She continued that the Israeli left is “behaving like a victim of domestic violence. Smiling and trying to please. That’s how it’s nearly disappearing.”
•   Michaeli also refuses to accept the notion that the Israeli public has moved to the right, damning the Labor party to extinction. “There’s a huge, outrageous gulf between what the Israeli public wants, needs, cares about and between its political representation. In terms of ideology, the ideals of the center-left have triumphed, even in Israel. If you look at the research by places like the Israel Democracy Institute, as opposed to political representation, the public believes in pluralism, supports equality, religious freedoms. There’s even a majority, a small one, that’s for a two-state solution. And there’s nothing in politics that represents all this,” she argues in an interview with the Times of Israel today.

•    Michaeli is Labor’s third female leader, after Golda Meir and Shelly Yacimovich, and one of only two female party leaders, joining the Jewish Home’s Hagit Moshe, who was elected last week.
•   Michaeli entered the Knesset in 2013 and was a prominent journalist, television presenter and university teacher before going into politics.
•   Known for her feminist activism, she has pushed a raft of liberal social measures in the Knesset, including last year’s high-profile bill banning LGBT “conversion therapy”. She’s also a strong advocate of secularism, even getting herself appointed to the state committee that appoints Israel’s rabbinic court judges so she can push for more “humane” jurists.
•   Michaeli is a strong advocate of a two-state solution, arguing that the occupation of the West Bank damages Israel’s national security, its standing in the world and its social cohesion. “Every day that passes without a border between Israel and a Palestinian state is a day that deepens the threat to Israel’s future,” she told the Times of Israel.

Despite a bounce in the polls, Michaeli has her work cut out. One of her first challenges will be to confront the manner in which the left has splintered into several competing parties. She says she is open to discuss linking up with other parties before the election, but only if they are an “ideological ally”. Some options include:

•    The Israelis, a new centre-left party formed last month by the veteran Tel Aviv mayor, Ron Huldai. Under Huldai, who quit Labor to form the party, the Israelis has been consistently polling at around five seats. Huldai welcomed Michaeli’s victory and hinted at a deal: “Merav is an important leader. We’ll immediately initiate a discussion about building a large home for the entire centre-left. We’ll unite to defeat Netanyahu and bring change to the State of Israel.”
•    Tnufa, formed by Ofer Shelah, an MK for the centrist Yesh Atid party in the outgoing Knesset. Shelah said: “Now is the time to act and quickly join up without hesitation.” He also praised Michaeli for having “walked the straight path and won”.

•    As Haaretz’s Anshel Pfeffer outlined, Michaeli faces a baptism of fire: “Over the next twelve days, in the rapidly closing window until the February 4 deadline for filing a list of candidates with the Central Election Commission, Michaeli has to oversee Labor’s second primary for its own candidates, anxiously check the polling to work out what its independent chances are and skillfully negotiate mergers with other parties in which she doesn’t end up playing second fiddle to another leader.”
•    Michaeli is, however, in for the long haul. “We need to rebuild Labour as a party of power,” she told the Sunday Times at the weekend. “But that will take more than one election campaign.”

•    Labor will hold primaries for its Knesset list next Monday, 1 February. It is the only major party to be holding primaries this year.
•    The deadline for final party lists to be submitted to the Central Election Commission is Thursday 4 February.