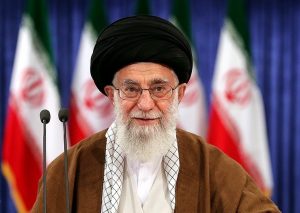 Israel has begun to lift the veil on its eight-year effort to counter Iran’s attempt to further its ambitions in Syria during the country’s bloody civil war.

In an interview with the Sunday Times last weekend, Lieutenant-General Gadi Eisenkot, Israel’s top military commander, spoke openly for the first time about its strategy in Syria.

For much of the war, Israel confined its action to military airstrikes to prevent convoys shipping Iranian weapons to Hezbollah, the Islamic republic’s proxy army, in Lebanon.

However, for the past two years, Israel has directly targeted the Iranian Revolutionary Guard’s efforts to establish a permanent military presence in Syria. Iran’s strategy has been shaped and led by the head of the Quds Force, Major General Qasem Suleimani (pictured). The Quds Force is responsibly for all of Iran’s military operations, secret and public, which occur outside its borders.

“In January 2017 we began attacking the infrastructure the Iranians were building in Syria,” Eisenkot said. “The critical mass was from mid-2017. We began attacking systematically a number of times each week. Without making any statements. Beneath the radar.”

“We carried out thousands of attacks without taking responsibility and without asking for credit,” he stated. In 2018 alone, Israel dropped 2,000 bombs on Iranian targets in Syria.

However, Israel made strenuous efforts to avoid Iranian casualties and thus prevent a deadly escalation between the two sides. Instead, it targeted Iranian’s infrastructure build-up.

Israel believes that Iran – which, alongside Russia and Hezbollah, has helped bring the Assad regime to the brink of victory in Syria – is attempting to use the country to establish regional hegemony. Iran has sought to build a “arc of influence” via a land bridge linking Tehran to the Mediterranean Sea and the border with Israel, taking control of a swathe of territory through northern Iraq and Syria.

Underpinning Iran’s strategy in Syria is a determination to destroy Israel. As Karim Sadjadpour, senior fellow at the Carnegie Endowment and a professor at Georgetown University, has argued: “Distilled to its essence, Tehran’s steadfast support for Assad is not driven by the geopolitical or financial interests of the Iranian nation, nor the religious convictions of the Islamic Republic, but by a visceral and seemingly inextinguishable hatred for the state of Israel.”

“We identified the Iranian strategy,” said Eisenkot. “They planned by the end of 2018 to have up to 100,000 Shi’ite fighters in Syria. They were bringing them in from Pakistan, Iraq and Afghanistan. They built intelligence bases on the Golan Heights [along Israel’s border] and simultaneously built wings at all the Syrian air force bases and brought in civilians to begin a process of indoctrination in schools and population centres.”

Last year, the Istanbul-based Omran Centre for Strategic Studies calculated that Iranian forces operated out of 11 bases in Syria, as well as nine military bases for Iranian-backed Shiite militias in southern Aleppo, Homs, and Deir Ezzor provinces and approximately 15 Hezbollah bases and observation points mostly along the Lebanese border and in Aleppo.

Iran has lost over 2,000 soldiers and invested between $30bn and $105bn in military and economic aid to Syria.

The Israeli campaign against Iranian targets in Syria has mainly been waged by airstrikes, but it has also included ground-based missiles and raids by special forces.

In February and May, Iran attempted to retaliate, attacking Israel directly for the first time. On the first occasion, it launched an explosive-laden drone into Israeli airspace; on the second, it attempted to fire missiles into northern Israel. Hitherto, its oft-repeated and much-proclaimed pledge to annihilate the Jewish state has been conducted through its support for terror groups, principally Hezbollah, but also Hamas and Islamic Jihad.

Publicly, Israel has made clear its intention – by military means if necessary – to maintain its “red lines” in Syria. Key among these is that it will not allow attempts to manufacture and transport “game-changing” weapons to Hezbollah (which, thanks to Iran, has an estimated 140,000 missiles pointing at Israel). It has also made clear that it will not tolerate a permanent Iranian presence in Syria – last year, Benjamin Netanyahu vowed that “we will continue to act against [Iran’s] intentions to establish itself militarily in Syria besides us, not just opposite the Golan Heights, but any place in Syria”.

However, as Eisenkot stated, Israel has rarely acknowledged any of the actions that it has taken in Syria to pursue these goals.

The outgoing IDF head’s openness indicates a change of strategy, one that was reinforced by Netanyahu’s confirmation on Sunday that Israel bombed an Iranian weapons depot in Syria. Israel later published satellite photos showing what seemed to be the demolished storehouse at the Damascus International Airport.

The Syrian Observatory for Human Rights appeared to corroborate Israel’s claims, saying “two areas hosting military positions of Iranian forces and the Lebanese Hezbollah movement have been targeted.” It added that the sites were near the airport and around the Kisweh area south of Damascus.

This end to Israeli ambiguity, observers suggest, may be attributable to a number of factors.

First, some have accused Netanyahu of playing politics, advertising his toughness on Iran with an eye on April’s elections. Labor MK Ayelet Nahmias-Verbin, a member of the Knesset Foreign Affairs and Defence Committee, for instance, accused the prime minister of “harming the army’s maneuverability, preferring his own political interest over security interests”.

Second, others argue that Israel is attempting to influence internal debates in Iran, where hardliners such as the Supreme Leader Ali Khamenei back Suleimani’s aggressive regional expansionism against more moderate forces, such as President Hassan Rouhani who fret about the financial cost. This is, of course, all a matter of degree: Rouhani, for instance, fears the Suleimani’s ambitions detract from strengthening Iran strategically by diverting resources from its ballistic missile programme.

“Israel wants to make sure that the Iranian leadership is fully aware of the losses and damage they are suffering in Syria under Suleimani, and of the resources they have expended in vain trying to entrench themselves there,” argued one analyst.

Gold suggested that, by taking credit for its operations, the Israeli statements become “part of its deterrence posture – there is no longer a doubt, and it is now clear that Israel will do what is necessary to prevent the buildup of an Iranian military presence on Syrian soil”.

Taking responsibility, he said, “adds credibility to Israel’s statements about not allowing Iran to convert Syria into a satellite state”.

“I think the discussion of a US withdrawal has perhaps given the Iranians a sense that they now can just take over Syria,” he suggested.

Israel’s task in Syria has been immensely complicated by Trump’s decision.

As Michael Herzog, a fellow of the Washington Institute for Near East Policy and former IDF head of strategic planning, suggested recently: “Israeli decision-making circles tend to contextualise Trump’s decision as part of a perceived American trajectory of retreat from the Middle East.”

While recognising that the US has never seen Syria as critical to its own national security interests, Hezog argued that Israel had hoped that the Americans would “incorporate its existing military assets and activities in Syria into a coherent strategy for blocking Iran’s destabilising activities in the region”.

In particular, Hezog noted, Israeli defence officials are concerned about the precipitous pull out of US forces from two areas: first, the al-Tanf base and the 55 km buffer zone surrounding it in southeast Syria, which sits on the strategic route between Baghdad and Damascus, and second, the semi-autonomous Kurdish region in northeast Syria.

These two areas (especially al-Tanf) have impeded Iran’s planned land bridge to the Mediterranean. Jordan shares Israel’s worries, fearing the evacuation of al-Tanf may allow for the deployment of Iranian proxies near its border.

“If these key roadblocks are removed,” Herzog wrote, “Iran and its proxies could quickly step up their efforts to complete the corridor and use it to move forces and weapons to and through Syria by land, lessening their heavy reliance on problematic air routes and further developing their military infrastructure inside Syria and Lebanon. Israel would have no choice but to respond to this challenge forcefully.”

Trump’s decision, and the ongoing confusion surrounding the timetable, has, moreover, strengthened the hand of Russia. Since last autumn, Vladimir Putin has been attempting to constrain Israel’s ability to act against Iran in Syria.

The US withdrawal may, though, hasten Arab states to deepen their cooperation with Israel, seeing it – rather than the Americans – as, Herzog argued, “a more reliable partner” in the struggle against Islamist extremism in the region.