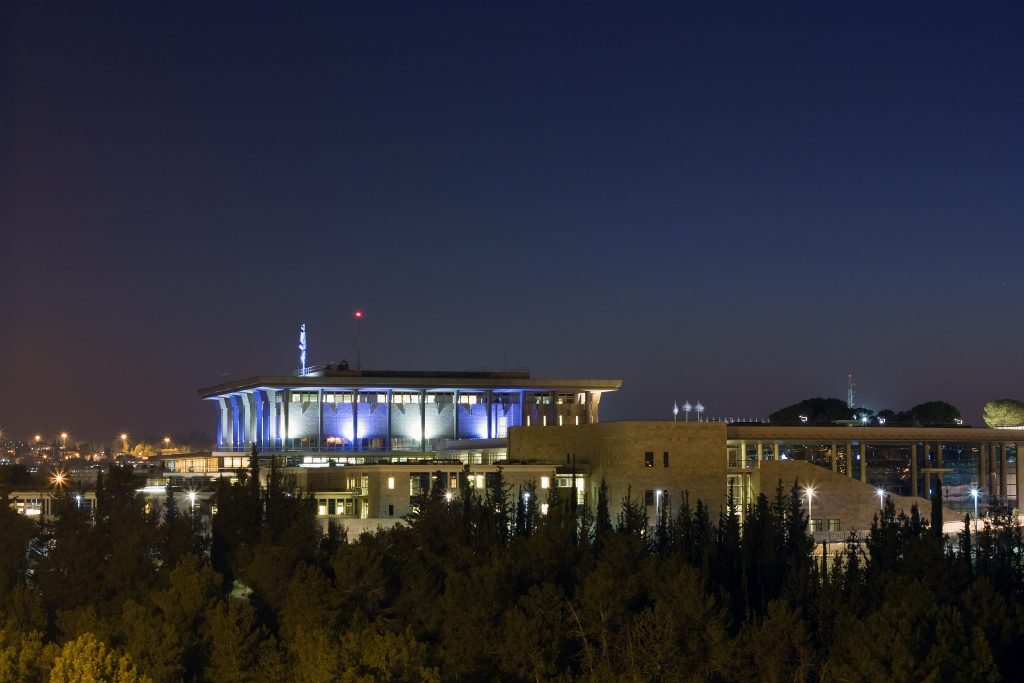 Israel is engulfed in a constitutional crisis following an effort by the speaker of the Knesset to effectively shutter the country’s parliament and prevent a vote on his replacement.

Yuli Edelstein, a member of Benjamin Netanyahu’s Likud party, has defied a ruling by the Supreme Court which ordered him to hold the vote by 5pm on Wednesday. Hours before the deadline he resigned and launched a blistering attack on the court.

Edelstein’s bid to stop a vote was designed to prevent the opposition parties – who hold a narrow majority in the Knesset after the 2 March general election – from replacing him with a representative of Benny Gantz’s centrist Blue and White alliance, Meir Cohen.

By ejecting Edelstein, the opposition will gain control of the Knesset’s agenda and procedures – potentially enabling it to pass legislation barring an MK who is under criminal indictment from forming a government. This would effectively disqualify Netanyahu, who is due to go on trial in May on an array of corruption charges.

The constitutional crisis was ignited last week when Israel’s president, Reuven Rivlin, invited Gantz to form a government after a majority of MKs recommended he should become prime minister following the general election. Gantz has 28 days to assemble a coalition.

Commentators suggest that, given that his resignation will not take effect for 48 hours, Edelstein has achieved two goals: he has avoided complying with the court’s order and cut into the time available to the opposition to bar Netanyahu from serving as prime minister before Gantz’s period to form a government expires. Gantz’s task is complicated by the diverse nature of the opposition parties who nominated him, which range from former defence minister Avigdor Liberman’s right-wing Yisrael Beitenu to the hardline anti-Zionist Arab-Israeli Balad party. Gantz doesn’t have the votes to assemble a coalition which relies on both Liberman and the Joint List, of which Balad is a part.

By refusing to schedule the vote, Edelstein has ignored the advice of the Knesset’s legal adviser, Eyal Yinon, who told him that his decision to resign does not absolve him of the responsibility to comply with the court order. Attorney general Avichai Mandelblit similarly ruled that, in his legal opinion, Edelstein must adhere to the court ruling.

Several organisations, joined by Blue and White, Labor-Meretz and Yisrael Beytenu, have filed contempt-of-court petitions against Edelstein. It is believed, however, that, as an MK, the speaker has parliamentary immunity.

Yair Lapid, one of the leaders of Blue and White, said that “a Knesset speaker breaching a High Court ruling is anarchy. Has [Benjamin] Netanyahu sent Yuli [Edelstein] to set democracy ablaze?”. Gantz suggested that “Nobody is above the law.”

Defence minister Naftali Bennett, who leads the right-wing Yamina party and is a coalition ally of Netanyahu, also attacked the speaker’s decision, saying: “High Court rulings must be implemented, or else the state will fall apart.”

Netanyahu has maintained a studied silence on the issue as the crisis has built over the past week.

“Israeli democracy appears to have fallen off a cliff,” suggested the Times of Israel’s David Horovitz in an editorial. “In the middle of the worst global health crisis in memory.”

As the most senior member of the Knesset, Labor leader Amir Peretz will become interim speaker when Edelstein’s resignation comes into force on Friday morning.

How the crisis unfolded

The tussle began last week when Blue and White made clear it intended to marshal the 61 MKs who had backed Gantz to replace Edelstein. The speaker – initially citing coronavirus restrictions – suspended the Knesset plenum until this week, preventing the establishment and election of committees. He also made clear that he was not immediately required to hold a vote on the position of speaker, and suggested that delaying it would force Likud and Blue and White into talks on the formation of a unity government.

In a barely concealed slap down, Rivlin immediately phoned Edelstein and told him to reopen the Knesset. “We must not let this crisis, as serious as it is, harm our democratic system,” the president suggested. Blue and White meanwhile made clear it would petition the Supreme Court.

Netanyahu has repeatedly argued that a fourth election can only be avoided – and the coronavirus emergency tackled – by a grand coalition between Likud and Blue and White. However, he continues to insist upon a rotation agreement under which he would serve as prime minister for 18 months before handing over to Gantz. Gantz has, however, always said he wouldn’t serve under Netanyahu while the prime minister faces criminal charges. “I have an expectation and a demand for a unity government headed by me, as the one who has [the support of] 62 Knesset seats,” he suggested on Monday.

While talks between Likud and Blue and White have continued intermittently, a war of words between Gantz and Netanyahu has been played out in public. The prime minister suggested that replacing Edelstein would “kill the unity government” option and “necessarily lead to fourth elections”, while the opposition leader said Israel’s democracy “would not be held hostage by petty politics and will never be subject to negotiation”.

In a day of high drama on Monday:

•    The Supreme Court initially directed, but did not order, Edelstein to schedule a vote on the speakership.
•    Urged on by Likud ministers and Netanyahu’s right-wing allies, including justice minister Amir Ohana, Edelstein then said he would not comply with the Supreme Court’s request and hold a vote by Wednesday evening. He argued that an election for the post of speaker would be destabilising given the uncertain political climate and a lack of clarity about the shape of the next government.
•    Barely one hour later, at 9pm, the Supreme Court issued a unanimous verdict that Edelstein must comply. “The continued refusal to allow the Knesset to vote on the election of a permanent speaker is undermining the foundations of the democratic process,” the court’s president, Justice Esther Hayut, wrote in the opinion. The Knesset is not a “cheerleader for the government,” she continued. “The Knesset is sovereign.”

Although some Likud MKs and ministers continued to urge Edelstein to defy the order – effectively placing himself in contempt of court – other leading figures in the party, including Gideon Sa’ar, who challenged Netanyahu for the leadership in December, and public security minister Gilad Erdan have condemned colleagues who attacked the justices. Other ministers said that, while they believed the court was wrong to have involved itself in the Knesset’s business, its ruling must be respected.

In Haaretz, columnist Yossi Verter issued a stinging attack on Edelstein. The speaker “who has demonstrated statesmanship, respect and courtesy through the vast majority of his term, is about to end it on a sour and shameful note,” he wrote. “Edelstein, once a courageous Zionist warrior in the Soviet Union, turned into a petty politician this week. He’ll emerge from all of this with his reputation shattered.”

But even as Edelstein wrangled with the Supreme Court over the speakership vote, the opposition was wielding its new-found power in the Knesset when MKs reconvened on Monday. In a vote boycotted by Likud and the right-wing bloc, Gantz’s allies established a number of key committees. The Arrangements Committee, a pivotal committee which sets the Knesset agenda until a new government is formed, will have 17 members, with nine from Blue and White and Gantz’s centre-left bloc. Blue and White MK Gabi Ashkenazi will continue to chair the Foreign Affairs and Defence Committee and Blue and White MK Ofer Shelah will chair a new committee to oversee the government’s handling of the coronavirus pandemic. The Knesset Finance Committee will be chaired by Yisrael Beitenu’s chair Oded Forer.

And, in return for their votes recommending him as prime minister, the Arab parties received two committee chair posts. Joint List chair Ahmad Tibi will chair a new committee to tackle violence in the Arab sector, while his fellow Joint List MK, Aida Touma-Sliman, will chair the Knesset’s Labour and Social Welfare Committee.

Likud reacted furiously to the moves. It accused the opposition of “unprecedented destructiveness [and] ignoring any existing norm in the Knesset’s history”. “They decided to form no fewer than six temporary committees, in all of which they set a majority for themselves with their representative heading the committee,” the party railed, ignoring the fact that opposition MKs make-up a majority of the Knesset. The right-wing bloc, it continued, “will not cooperate with this and won’t take part in these undemocratic discussions and votes”.

Gantz is now reportedly considering a plan to allow the current government to remain in place for six months, with the opposition supporting measures to tackle the coronavirus.

He will also insist that coalition negotiations are “frozen” during this period. And he will ensure the Knesset advances the legislation preventing those facing criminal charges from serving as prime minister that may finally bring down the curtain on the Netanyahu era.