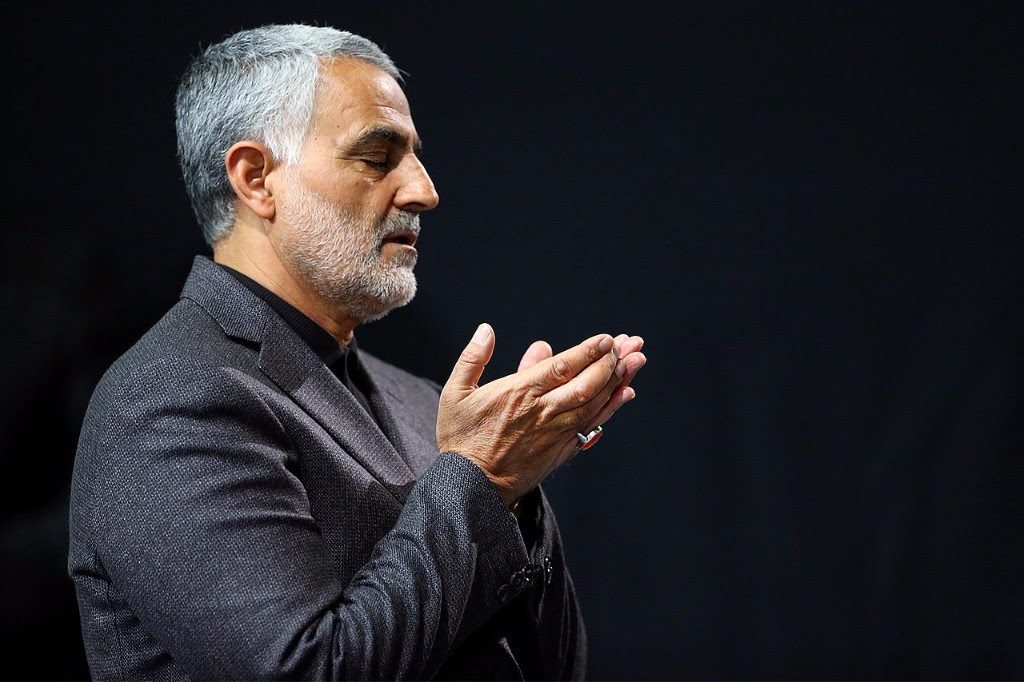 Iran is this week on the verge of completing its much-vaunted “arc of influence” – a land bridge connecting Tehran to the Mediterranean Sea and the border with Israel – with the capture of the Syrian border down of al-Bukamal, close to the frontier with Iraq.

The Islamic republic’s achievement – a key strategic victory gained from its support for the Assad regime during the Syrian civil war – poses a new threat to Israel, while paradoxically increasing the opportunities for the Jewish state to further enhance its already warming relations with the Sunni Arab world.

“The defeat of the Israel-Arabian-western triangle is achieved with the completion of the corridor from Tehran to the Mediterranean,” crowed the Revolutionary Guard-supporting Mashregh News this week. “We now have to wait for a change to the equilibrium in western Asia and the world.”

As if to underline its importance, General Qasem Soleimani (pictured), head of the al-Quds brigade, the international arm of the Revolutionary Guard, is reported to have personally directed the battle.

Last week, control of al-Bukamal was lost by Islamic State to Iranian-backed militias and Assad’s forces, although a temporary reversal saw IS militants retaking the town for a short while. Across the border in Iraq, Shia forces loyal to Iran took control of the border town of al-Qaim, and then rushed to assist their allies in the battle for al-Bukamal. Al-Bukamal thus operates as a hinge: linking Assad regime-held areas of Syria to areas of Iraq under the control of Iranian-backed Shia forces.

The strategic utility of al-Bukamal was seen in the fact that, as the forces of Iran and the Assad regime advanced towards the town, the US-supported Syrian Democratic Forces were also racing to capture it from the north. That advance by the mainly Kurdish army is said to have been only 25km from al-Bukamal when the town was initially liberated from IS.

As the Jerusalem Post reported last weekend: “Control of the border crossing at al-Qaim/al-Bukamal and of the roads leading west from it will enable the Iran-led regional alliance to transport fighters and weaponry in both directions, according to choice. It will mean that in a future confrontation with Hezbollah, Israel could see its enemies reinforced by supplies and volunteers from among other Iranian clients, in precisely the way that took place with such effect in the Syrian war.”

This strategic advantage is reinforced by economic gains. For instance, Iraqi oil can now be transported to those parts of Syria controlled by Assad, bypassing areas – mainly in the west of the country – under the sway of the SDF. Iran has stated that it intends to help Assad retake control of all of Syria, although it is the SDF – with the backing of US air power and special forces and the Kurdish YPG – that is responsible for many of the losses sustained by IS in Syria.

Last week, Donald Trump and Vladimir Putin reached an agreement which supposedly had the aim of seeing foreign forces pull out of the country. No sooner was the ink dry on it, however, than Russia’s foreign minister, Segei Lavrov, made clear that the Kremlin had no intention of pressuring Iran to pull out. Because the Syrian government had invited the Iranians in, Lavrov disingenuously claimed, their presence there was legitimate.

This is unsurprising. The Iranians – and especially their proxy army, Hezbollah – allow the Russians to operate in Syria from the air without deploying large numbers of ground troops.

The southwestern-most element of the newly forged Iran land corridor runs close to the Quneitra crossing, the Purple Line into the UN-controlled area between the Syrian controlled and the Israeli-occupied portion of the Golan Heights.

But while Israel has expressed concern about the presence of Iranian-backed militias – including Hezbollah – close to its sensitive northern border, this issue is, according to one analyst, “not a strategic threat but rather a tactical problem”. Hezbollah, for instance, has long had a large presence close to Israel’s border with Lebanon, while it is believed that Iran is only capable of placing two divisions, or six brigades, of mainly armed militias close to the Golan border.

The strategic threat to Israel from Iran rests less around the Purple Line, per se. Instead, it rests with the growing signs that the Islamic republic is seeking to establish a permanent military presence in Syria. As well as pouring thousands of fighters into areas liberated from IS, it is also building military bases. Israeli satellite pictures published last week appear to strengthen claims first reported by the BBC that Iran is building a military base in Syria, approximately 31 miles from Israel’s northern border.

These moves represent an escalation of Iran’s oft-stated aim of “wiping Israel off the map”. Previously, the Islamic republic has primarily confined itself to supplying Hezbollah with weaponry and cash, facilitating its multiple terrorist attacks on Jewish targets in Israel and around the world, and helping it build underground rocket factories in Lebanon. Since the 2006 Second Lebanon war between Hezbollah and Israel, the terrorist army has tripled its fighter forces from 17,000 to 45,000 and is now said to have amassed an estimated 120,000 to 140,000 rockets, thousands of which are capable of hitting targets across Israel. This week Hezbollah secretary general Hassan Nasrallah proudly declared that it had shipped anti-tank missiles to Hamas in Gaza.

A strategic Iranian presence in Syria, however, ups the ante considerably. Iranian missiles on the Syrian coast or on naval vessels using the Tartus, Latakia or Beirut ports could, for instance, target Israeli shipping leaving Haifa. Iranian surface-to-air missiles could help prevent Israeli air power taking action in Syria or Lebanon (Israel has repeatedly taken action in Lebanon and Syria to try to prevent the transfer of weaponry from Iran to Hezbollah). Finally, in any future conflict with Israel, Iran would have the option of opening a second front utilising its forces in Syria, as well as its Hezbollah allies in Lebanon.

Last week, a new report by the Jewish Institute for National Security of America urged the Trump administration to act quickly. “The United States,” it declared, “must impose real obstacles to Tehran’s pursuit of total victory by the Assad regime in Syria. Time is of the essence.” The report warned against the uncertainty created by Trump’s mixed signals about whether the US will pull out of Syria with the fall of IS (the president has previously stated its role there does not extend beyond “killing ISIS”) and advised it to work with regional allies to prevent Iran moving weapons and troops into Syria.

However, the growing menace of Iranian expansionism in the Middle East has led to an apparent warming in relations between Israel and Saudi Arabia. This week, Israeli energy minister Yuval Steinitz suggestedthe two states had built “partly secret” relations to counter Iran. “[Israel’s] connection with the moderate Arab world, including Saudi Arabia” he stated, “helps us to block Iran.” Israel and Saudi Arabia do not have diplomatic relations, with the latter insisting previously that this will not change until the Israeli-Palestinian conflict is resolved.

The Saudis have been more reticent to discuss these ties in public. “There are no relations between Saudi Arabia and Israel,” the kingdom’s foreign minister told Egyptian TV in response to Steinitz’ comments, emphasising again that the 2002 Arab Peace Initiative offered Israel the opportunity of normalised relations once the Jewish state has reached a deal with the Palestinians.

However, there are pointers to the fact that, below the surface, Israel and Saudi Arabia are edging closer together. Last week, for instance, the IDF chief of staff Gadi Eizengot gave an interview to the Saudi news website Elaph. The owner of the site is a senior Saudi journalist, Othman al-Omeir, with close ties to the royal family. Observers note that such an interview would not have been sought or published without the implicit approval of the kingdom’s rulers. Eizengot used the interview, Israeli military sources suggested, to relay messages – about Syria, Iran, Hezbollah and the situation on its northern border – that were “important to us”. Indirect feedback has reportedly been received from the Saudi royals.

Forty years ago this week, Egyptian president Anwar Sadat flew to Israel, initiating moves which were to lead to the Camp David Accords. Eizengot’s interview may not, the Al-Monitor website suggested, have had the drama of that moment, but it represents a sign that the tectonic plates of Middle Eastern politics are similarly shifting.