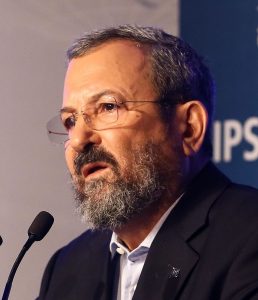 Six weeks after the Knesset voted for new elections in September, the Israeli political landscape looks no more certain than it day after Benjamin Netanyahu’s surprising failure to form a government.

The Israeli prime minister had appeared to emerge victorious from April’s general election, but weeks of talks failed to assemble a coalition capable of securing a Knesset majority. It was the first time in Israeli history that an election has not resulted in the formation of a government.

But while the landscape remains unclear – polls indicate that neither Netanyahu nor his principal rival, Blue and White leader Benny Gantz have so far achieved the breakthrough allowing them to put together a majority coalition – voters do not look they will simply be participating in a rerun of April’s elections.

Political realignments are under way as the two major blocs – the right-wing parties and their ultra-Orthodox allies and the centre-left and Arab parties – attempt to bolster their position.

The centre-right Kulanu party of finance minister Moshe Kahlon has now merged with Netanyahu’s Likud party. However, it is not clear that this has boosted Likud, with BICOM’s latest poll of polls showing it dropping by three seats since April’s election, despite the theoretical addition of the four seats Kahlon secured three months ago. As one analysis has suggested: “Many of Kahlon’s voters have reacted angrily to the move, having looked for a soft-right alternative to Likud and relied on Kahlon’s oft-stated promise not to sit in a government with a prime minister facing indictment (subject to a hearing) for fraud and breach of trust charges in three corruption cases, and on a bribery charge in one of them.”

Also on the right, the controversial Union of Right-wing parties has splintered with the far-right Otzma Yehudit announcing it is parting company with its former National Union and Jewish Home partners. Netanyahu engineered the widely criticised alliance prior to April’s elections to ensure Jewish Home crossed the electoral threshold to enter the Knesset and would thus be able, as it has previously done, to participate in a coalition with him at its head. The pro-settler party had been weakened by the defection of leading figures Ayelet Shaked and Naftali Bennett to form the New Right, a bid to appeal to more secular-minded right-wing voters.

The New Right, however, narrowly failed to win seats in the Knesset. Bennett has announced he will run under the New Right banner again in September. Shaked had been wooed by the URWP, but is now said to be mulling an offer from Bennett to take sole change of the party they jointly lead.

A poll last month found Shaked to be easily the most popular candidate among national religious voters to lead a united right-wing party in the upcoming elections.

To add to the complexity, the URWP and the New Right have been in talks about the possibility of some form of electoral alliance. However, these appear to have become somewhat rancorous, with some former Jewish Home MKs accusing their former leader of betrayal for quitting to form the New Right. Hitting back, Bennett has underlined the ideological gap between the New Right and the URWP, attacking the latter’s hostility to women serving in the military and accusing it of engaging in a “war against the LGBT community”. Bennett is also in talks with the libertarian Zehut party to run a joint slate in September.

Former defence minister Avigdor Liberman, meanwhile, continues to be a thorn in Netanyahu’s side. It was the Yisarael Beitenu leader’s failure to seal a deal with the prime minister in May which led to the new elections. Liberman objected to the watering down of proposals to limit the exemption of ultra-Orthodox young people from serving in the military. Netanyahu needed Liberman’s MKs to assemble a majority coalition, but acceding to his demands meant losing the back of the Haredi Shas and United Torah Judaism parties, whose support he also needed.

Liberman is now using the issue as a potent electoral weapon – the BICOM poll of polls shows Yisrael Beitenu rising from five to eight Knesset seats – and is campaigning on a pledge to be “right wing and secular” and to oppose “religious coercion”. Such an appeal is dangerous to Netanyahu, whose electoral victories have been secured by focusing on security issues, and who – apart from a brief spell between 2013-15 – has governed with the backing of the ultra-Orthodox parties.

Moreover, they provide a possible point of agreement between the centrist Blue and White alliance and Liberman’s more right-wing party. Blue and White co-leader Yair Lapid has long been associated with attempting to curtail the power of the ultra-Orthodox in politics. Liberman is now promoting the idea of a “national-liberal” unity government encompassing Likud, Blue and White and his own party, but excluding Shas and UTJ. However, as he well knows, such a scenario is highly unlikely so long as Netanyahu leads Likud, given Gantz’s repeated insistence he won’t sit in a government with the prime minister.

While the right appears to be bickering, there are tentative signs of a potential revival on the left. Two weeks ago former Labor prime minister Ehud Barak announced the formation of a new political party, the Israel Democratic party. Polls now show it winning between four and six Knesset seats, and the party has already secured some high-profile defectors, including former prime minister Yitzkak Rabin’s granddaughter, Noa Rothman; Jewish Home activist Sagit Peretz Dari; and Yair Fink, who had the number 12 slot on the Labor electoral slate.

Barak has made clear he’ll run an aggressive campaign against Netanyahu. “Netanyahu has reached the end,” he declared at the party’s launch. Inverting former first lady Michelle Obama’s words, he also pledged: “There should be no ‘When he goes low, we go high.’ There is only doing what is necessary, within the confines of the law, in order to win,” Barak asserted. On Sunday, the party launched an advertising campaign under the slogan “State of Netanyahu or State of Israel?”

Barak has also vowed that he will not “under any circumstances or in any way” sit in a government led by Netanyahu. The two men have a complicated history. Barak’s 1998 victory ended Netanyahu’s first two-year stint as prime minister. Barak was heavily defeated by Ariel Sharon in 2001, and temporarily left politics. In 2005, he returned to Labor, and from 2007-13 served as defence minister, the last four of which were under Netanyahu.

Barak’s intention is not to cannibalise votes from Labor, but to work to unite the left in a way most likely to defeat Netanyahu. He has suggested he may join forces with Labor, Meretz and Labor’s former Zionist Union partner Tzipi Livni. “We are examining the possibilities – what’s happening with Tzipi Livni, what’s happening with Meretz, Labor and others,” he said this week. The former prime minister also hinted that he didn’t necessarily expect to lead any resulting alliance: “I made it clear that we will not sit with Netanyahu in any situation or in any way, and we do not care who will be the number one, two, or three [on the electoral slate]. Our goal is to replace Netanyahu.”

However, Barak’s initial hopes of forging an alliance which also encompassed Blue and White appears to have foundered. “We will not join with Ehud Barak,” Lapid suggested last week. “Ehud Barak belongs to the left. That’s fine.” Another senior Blue and White figure, Gabi Ashkenazi had initially seemed to leave the door open to such a deal.

Barak appears likely to have more luck with Labor. Its new leader, Amir Peretz, said last week he would be prepared to let Barak head a joint slate if that maximised the centre-left’s chances. “Creating a bloc that opens the possibility for a coalition with additional parties is my prime goal,” he said shortly after the news of his election was announced. “I will consider any measure that will benefit the country, that will create a chance to build a large [political] bloc that will replace the Netanyahu government.”

But Barak and Peretz also have a complicated past: the former defeated the latter to win the Labor leadership in 2007. Barak later left Labor when the party pulled out of Netanyahu’s coalition in 2011. Peretz has similarly twice quit and rejoined the party, leaving in 1999 to form the One Nation party, which merged with Labor in 2005, and then joining Livni’s Hatnua party in 2012. He rejoined Labor in 2015.

Polling suggests that a united left bloc could boost the parties to a collective 19-seat haul. Similarly, were the parties to Netanyahu’s right to coalesce, they could also win a combined 19 seats. But such alliances would not necessarily alter the overall balance between the two main blocs. A Labor-Barak-Meretz alliance winning 19 seats would see Blue and White fall from its current 35 seats to 26, with Likud edging ahead on 31 seats. Similarly, a united right bloc would see Likud fall from 35 seats to 25 with Blue and White ahead on 35.

In either scenario, however, Liberman’s support would determine whether Netanyahu was able to form a government – which is just where the prime minister found himself after April’s elections.