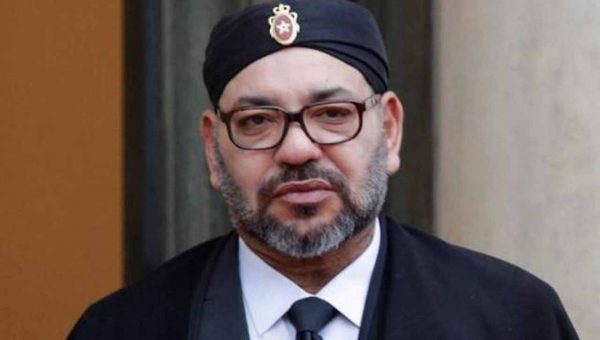 Morocco last week became the fourth Arab country in as many months to announce it would be normalising its relations with Israel.

The announcement formalises relations between the two countries which the Moroccan foreign minister described over the weekend as “already normal”, and, given the ancient ties between the Jewish people and the North African kingdom, it is of major symbolic significance.

But important questions remain unanswered – about the nature of President Trump’s deal-making and the incoming Biden administration’s attitude towards it, and the possibility of Israel securing a normalisation deal with perhaps the biggest prize in the region: Saudi Arabia.

Israel also announced the establishment of diplomatic relations with Bhutan on Saturday night, in a separate development unconnected to the Abraham Accords and the United States.

Although long expected, the timing of the announcement by Trump last week came as something of a surprise.

“This will be a very warm peace. On this Hanukkah, the light of peace has never shone brighter than today in the Middle East,” Benjamin Netanyahu said. “I’ve always believed that this historic day would come; I’ve always worked for it.”

The relationship between Israel and Morocco has been compared to that between the Jewish state and Turkey before they officially established ties.

Morocco’s King Mohammad (pictured), who is regarded as one of the Arab world’s more liberal leaders, said his country will aim to “resume official bilateral ties and diplomatic relations [with Israel] as soon as possible,” and that Morocco will soon facilitate direct flights to transport Jews and Israelis to and from Morocco. “Morocco has played a historic role in bringing the peoples of the region together and supporting security and stability in the Middle East… [there are] special ties that bind the Jewish community of Moroccan origin, including those in Israel, to the person of His Majesty the King,” the king’s statement said.

After the announcement, the monarch also called the Palestinian president, Mahmoud Abbas, and emphasised Morocco’s strong support for the Palestinian cause and a two-state solution. The Palestinian Authority, which has harshly criticised the normalisation agreements struck during the summer between Israel, the United Arab Emirates, Bahrain and Sudan, has so far remained silent about the Moroccan move.

Within Morocco, which has a greater deal of political freedom than the UAE and Bahrain, there were signs of unease inside the government of the ruling conservative Justice and Development party of prime minister Saadeddine El Othmani. The prime minister had previously opposed the Abraham Accords and pledged that Morocco would not follow suit. Islamist groups within the country reacted angrily to the apparent u-turn, describing the decision as both deplorable and treasonous.

That language was adopted by terror groups and their supporters in the wider region. Hamas said the agreement was a “political sin”, while Islamic Jihad labelled it a “betrayal of Palestine”. “Morocco announcing normalising relations with the fake entity occupying Jerusalem is a betrayal and a stab in the back of Palestinian resistance,” tweeted Hossein Amir-Abdollahian, an adviser on international affairs to Iran’s parliamentary speaker and a former deputy foreign minister. He added that “the Zionist will not have a future in the region.”

By contrast, Egypt, the UAE and Bahrain welcomed the announcement – so, too, did Oman, which doesn’t currently have diplomatic relations with Israel, but is thought to be mulling such a move. The European Union’s foreign policy chief, Josep Borrell, also welcomed the news, saying: “This will further advance normalisation of Israeli/Arab relations, contributing to peace efforts in the Middle East.”

However, speaking to Israeli media on Sunday, Morocco’s foreign minister, Nasser Bourita, added an important note of context. “Israel’s relations with Morocco are special and can’t be compared to the relations that Israel has with any other Arab country,” he said. “From our perspective, we aren’t talking about normalisation because relations were already normal. We’re talking about [re-formalising] the relations between the countries to the relations we had, because there have been relations the entire time. They never stopped.”

In the wake of the Oslo Accords, the late King Hassan established low-level relations with Israel, with mutual “liaison offices” established. However, the current king closed the offices during the Second Intifada. Nonetheless, informal ties between the two countries have remained close, a reflection of more than six decades of covert cooperation on intelligence, security and diplomatic issues.

Indeed, as The Times of Israel’s Raphael Ahern noted last week, unlike Egypt and Jordan, which signed peace treaties with Israel decades ago, and in contrast to the United Arab Emirates, Bahrain and Sudan, “Morocco and Israel have a profound and ancient Jewish connection, and the Moroccan Jewish community, though small, still thrives today.”

Morocco’s Jewish community is today thought to number some 2,000-3,000 people, but its history dates back two millennia to the diaspora following the destruction of the Second Temple. In the early 1940s, the Jewish population in Morocco reached 250,000 and Sultan Mohammad V is credited with saving the lives of many by resisting pressure from the Nazis to deport them. However, while most Jews left Morocco following the establishment of the State of Israel, unlike in much of the region, the North African kingdom is said to have “never erased its Jewish memory”. The king has promoted freedom of worship for Christians and Jews and spoken of the need to combat antisemitism, and, even before last week’s announcement, plans were afoot for Moroccan primary schools to begin teaching Jewish history and culture from next term.

But public opinion in Morocco is thought likely opposed to the king’s decision to normalise relations with Israel. A recent poll conducted on behalf of the Konrad Adenauer Foundation found that only 17 percent of Moroccans supported the Abraham Accords and just over one-quarter believe that Israel has a right to exist, with 70 percent viewing the Jewish state unfavourably.

Around 700,000 Israelis trace their roots to Morocco and pride in that heritage is strong. Bourita estimated on Sunday that 70,000 Israelis had visited Morocco last year.

Israeli tourists will find visiting Morocco considerably easier in the light of normalisation, with direct flights, and the reopening of liaison offices, expected to begin even before diplomatic relations are formally established.

But the news offers much more than ease of travel for Israeli holidaymakers. “For Israel, this is an impressive and important achievement,” wrote Haaretz’s Zvi Bar’el. “Morocco is now joining Egypt, Jordan, the UAE, Bahrain and Sudan, and together, they are building a diplomatic axis in which Israel is seen as an accepted member, even a friend. Down the road, other Muslim countries like Pakistan, Malaysia and Indonesia may seriously consider establishing relations with Israel as well.”

Now for the Saudis?

However, as Bar’el also noted, the dramatic shifts in Israel’s relations with Arab states in the Middle East doesn’t tackle some of the major challenges and threats its faces – from the conflict with the Palestinians to the danger posed by Iran and its nuclear programme.

The former underlies much, though by no means all, of the hostility towards Israel found among the Arab public. It also represents the major stumbling-block towards the biggest normalisation prize for Israel: an agreement with Saudi Arabia. Its current stance is complicated. Publicly, the Saudis continue to suggest that, in line with the 2002 Arab Peace Initiative, it wishes to see the Palestinian issue resolved before establishes diplomatic ties with Israel. Last month, for instance, the Saudi foreign minister, Prince Faisal bin Farhan Al Saud, told Reuters his country had “supported normalisation with Israel for a long time, but one very important thing must happen first: a permanent and full peace deal between Israelis and Palestinians”.

There are also believed to be generational issues at play in the Saudis’ thinking, with experts viewing it as unlikely that normalisation could occur during King Salman’s lifetime.

Nonetheless, the Saudis view Israel as a key player when it comes to tackling the threat posed by Iran and, it is thought, there is much between cooperation between the two states on this issue. Israeli media have also reported that Saudi Arabia played a part in the agreement between Israel and Morocco. It is also thought that, given its leadership role in the Gulf, Saudi Arabia must have given the nod for the other recent normalisation agreements.

Certainly, the Saudis’ close allies, the UAE, appear to have played a potentially key role in encouraging Morocco to establish diplomatic relations with Israel.

Crucially, King Mohammad and the UAE’s Crown Prince Mohammed bin Zayed are believed to have met recently and agreed to attempt to reactivate a tentative deal reportedly struck between Trump’s son-in-law, Jared Kushner, and Rabat a year ago. Under its terms, Morocco would normalise relations with Israel if the US recognised Moroccan sovereignty in the Western Sahara. The disputed territory, formerly controlled by Spain, is now claimed by Morocco, but no country has hitherto formally recognised the kingdom’s sovereignty over the entire area (France and some members of the Arab League support Rabat’s claims). At the time, the president opted not to pursue the deal because of opposition from his former national security adviser, John Bolton, and Senator Jim Inhofe, a prominent supporter of the Polisario Front (a pro-independence rebel group opposed to Morocco’s occupation of the Western Sahara). However, a falling-out between Trump and Inhofe, a normally strong backer of the president, left an opening for the deal to be revived.

Inhofe voiced his anger at Trump’s decision to recognise Moroccan sovereignty, telling the Senate the president “could have made this deal without trading away the rights of this voiceless people”.  Similarly, Bolton tweeted: “Trump was wrong to abandon thirty years of US policy on Western Sahara just to score a fast foreign policy victory. An Israel-Morocco deal was possible without abandoning US commitment to Sahrawi referendum on WS [Western Sahara’s] future.”

Trump’s actions, though, underline the highly transactional nature of his foreign policy: the UAE is expected to receive highly advanced American F-35 fighter jets for its normalisation deal with Israel, while Sudan’s fledgling democratic government ensured the country was struck from the US list of state sponsors of terror.

While Biden has been supportive of the normalisation agreements, he looks more dimly on the trades Trump has been willing to make – most Senate Democrats, for instance, opposed the F-35 sale given concerns about the UAE’s involvement in the wars in Yemen and Libya. As the Jerusalem Post’s Lahav Harkov argued on Sunday, the Morocco deal is the most controversial of the deals Trump has been involved in. “Biden has a drastically different view on foreign policy than Trump and he is likely to make many changes. What that means for Israel’s new partnerships remains to be seen.”