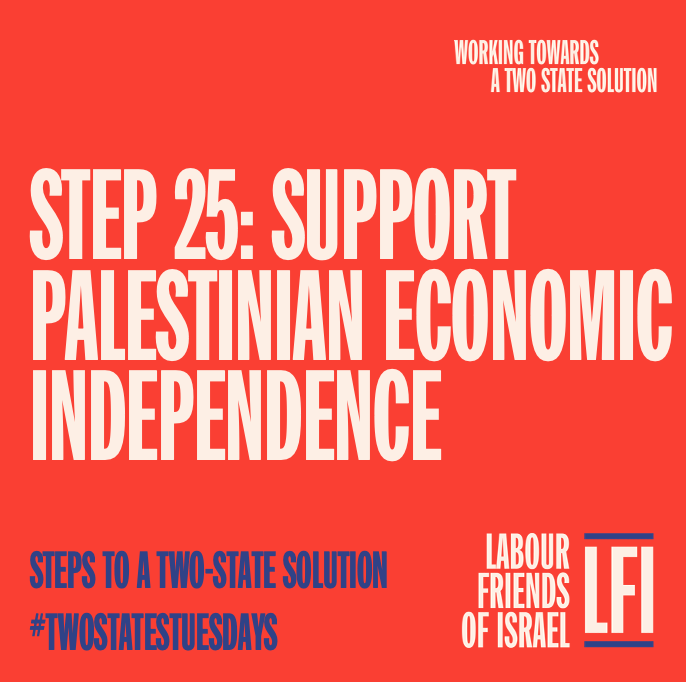 As previous international initiatives have recognised, efforts to strengthen and grow the Palestinian economy are closely tied to both the peace process and the future viability, prosperity and stability of a Palestinian state.

Currently, economic relations between Israel and the Palestinian Authority are governed by the Paris Protocol, an annex to the Oslo Accords. In reality, the protocol – which was only intended to remain in place for five years – has made the Palestinians economically dependent upon Israel in a manner never intended by those responsible for drafting and agreeing a supposedly stop-gap measure. It has thus acted as a drag on the Palestinian economy and is understandably deeply unpopular.

While recognising that, as neighbours, Israel and Palestine are likely to remain closely tied economically, it is now time to amend the protocol and set a future Palestinian state on the path to economic independence.

A number of the measures proposed in the economic plan developed by the Institute for National Security Studies include proposals – such as increasing Palestinian work permits and allocate parts of Area C for Palestinian economic development and industrial estates – which are examined in Steps 6 and 22. Working with the Palestinian Authority, there should also be a drive to increase Israeli and international investment in job-creating projects. This drive would fall under the drive of a new International Development Bank of Palestine. Potentially modelled on the European Bank for Reconstruction and Development, which was founded in 1991 to assist in building economies in central and Eastern Europe during the post-Cold War era, it would work to provide the Palestinian economy with expertise and assistance, as well as helping to raise investment and oversee a spectrum of ventures. As the INSS suggests, these would range from investing in small, hi-tech enterprises and establishing industrial parks to projects – such as construction of a port in Gaza, education reforms and building an independent tax collection system – with a longer-term horizon and impact.

Over 20 years after the Paris Protocol, is it time for a new deal for Palestine?

A Strategic Framework for the Israeli-Palestinian Arena