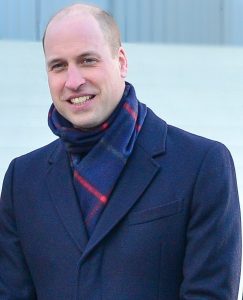 When Prince William arrives in Israel next week, it will be the first official royal visit to the country in the Jewish state’s 70-year history.

The visit will underline the growing bond between Britain and Israel, and help put to bed historical strains in relations between the two countries.

It is believed that Prince Harry had originally been scheduled to undertake the visit, but wedding preparations meant that his brother stepped in to to ensure that the much-anticipated trip was not postponed.

Prince William will begin his Middle East tour when he touches down in Jordan next Sunday. After visiting Amman, he will travel to Jerash before arriving in Jerusalem on Tuesday.

The prince’s first stop in the city will be at Yad Vashem, where he will tour the museum, meet a survivor of the Holocaust and Kindertransport, and lay a wreath accompanied by Britain’s chief rabbi, Ephraim Mirvis. Prince William will meet with both Israel’s president, Reuvin Rivlin, and the prime minister, Benjamin Netanyahu.

After leaving Jerusalem, the prince will travel to Jaffa, where he will visit two coexistence projects: the Peres Centre for Peace and a sports programme aimed at children and young people, the Equaliser. LFI has long backed greater UK government funding for people-to-people projects and is leading the campaign in Britain in support of the establishment of an International Fund for Israeli-Palestinian Peace to invest in this vital work. The visit to the coexistence projects underlines the prince’s “particular focus on young people” during his time in Israel, Kensington Palace has suggested.

In Tel Aviv, Prince William will “meet young entrepreneurs, view vibrant tech and media sectors, witness historic cultures being protected and interpreted for the 21st century, and meet people from a variety of backgrounds,” his office said when announcing the schedule last week.

Prince William will head to the Palestinian territories next Wednesday, where he will meet President Mahmoud Abbas. He is due to attend an event focused on refugees and also explore Palestinian food and culture. The president has welcomed “this important visit, which we hope will contribute to strengthening ties of friendship between the two peoples”.

Returning to Jerusalem, the prince will visit the Old City and is expected to receive a private tour of its holy sites. There is speculation that he may visit the Western Wall, as well as travelling to the Mount of Olives, where his great grandmother – Prince Philip’s mother – is buried. Princess Alice of Battenberg, who later became a Greek Orthodox nun, asked to be buried at the Russian Orthodox church on the mount, a wish that was fulfilled in 1988. The princess – also known as Princess Andrew of Greece and Denmark – sheltered three Jews at her palace in Athens during the Nazi occupation of Greece and is honoured as one of the “Righteous among the Nations” – gentiles who assisted Jewish people during the Holocaust – at Yad Vashem. Prince William may also visit the British War Memorial on Mount Scopus.

While Rivlin has said the country is looking forward to welcoming “a very special guest, and a very special present for our 70th year of independence”, Israelis are also keenly aware that the Royal Family has never paid an official visit to the country. Senior royals have visited Israel on a number of occasions. Prince Philip flew to Jerusalem in 1994 to visit his mother’s grave and attend a tree-planting ceremony in her honour at Yad Vashem. A year later, Prince Charles attended the funeral of the assassinated prime minister, Yitzhak Rabin. Two years ago, the heir to the throne also attended the funeral of the former president, Shimon Peres. The prince also visited his grandmother’s grave on that occasion. Prince Edward travelled to Israel in 2007 on what was described as a “working visit”. He had been invited by the Israel Youth Award programme, which works with Jewish and Arab Israelis, and is affiliated to the Duke of Edinburgh’s Award International Association.

However, Buckingham Palace has always made clear that these royal trips were not official visits. Indeed, unusually, Britain has not reciprocated state visits undertaken by Israeli presidents to the UK. It is known that, on at least two occasions, Israel has issued invitations personally to members of the Royal Family to visit the country. In 1997, President Ezer Weizman invited the Queen to Israel during a state visit to London. Three years ago, Netanyahu used a brief meeting with Prince Charles at the Paris climate change conference to invite the heir to the throne to visit Israel. Until now, none of these invitations have been accepted.
These apparent snubs have not gone unnoticed in Israel. Six years ago, the late David Landau, the former editor of Haaretz, suggested: “Is there another member-state of the United Nations that the British Royals have so consistently and assiduously snubbed in this way?”

In reality, official royal visits are undertaken on the advice of the Foreign Office. Fear of angering Britain’s traditional allies in the region is thought to have ensured that the FCO has traditionally been wary of giving the green light to a visit to Israel. Indeed, it was not until 1986 – nearly 40 years after the establishment of the State of Israel – that a sitting British prime minister visited the country. Margaret Thatcher’s visit to Israel made prime ministerial trips a routine matter.

However, there have also been hints at royal reticence. In 2007, leaked emails between Sir Michael Peat, then Prince Charles’ principal private secretary, and Clive Alderton, his deputy, discussed an invitation issued by the Israeli ambassador. “Acceptance,” wrote Peat, “would make it hard to avoid the many ways in which Israel would want HRH to help burnish its international image”. Critics, however, noted that Charles’ frequent visits to Saudi Arabia and other Gulf states with appalling human rights record did not appear to provoke similar concerns about the royals being exploited.

But perhaps it is the Royal Family’s own image which is the key to understanding why he has steered clear hitherto of official visits to Israel. One former senior Foreign Office official has privately suggested that the Queen hasn’t visited Israel because her whole brand has been built around the avoidance of controversy.

Certainly, British foreign secretaries have found themselves sparking diplomatic incidents with both Israelis and Palestinians on a number of occasions in recent years. The former Labour foreign secretary, Robin Cook, incurred the anger of Netanyahu in 1998 when he apparently broke an agreement with Israel over a visit to the controversial Jewish neighbourhood of Har Homa in East Jerusalem. Three years later, Jack Straw, was snubbed by both prime minister Ariel Sharon and President Moshe Katzav when he appeared to suggest that Middle East terrorism was fuelled by Israeli policies in the West Bank and Gaza. More recently, Boris Johnson’s forceful condemnation of BDS when he visited Israel as mayor of London led to a number of Palestinian groups refusing to meet him.

Prince William, however, is unlikely to become embroiled in the kind of controversies which politicians are more easily drawn into. Moreover, Britain’s political and economic ties with Israel have been greatly enhanced and strengthened over the past 20 years. With the UK desperate to find new markets outside Europe as it prepares to leave the EU and trade between the two countries booming – it rose 25 per cent in 2017 – it is unsurprising that old objections to a Royal visit to Israel have, at last, been overcome.

Perhaps most importantly, Prince William’s trip to Israel shows that, for all its sound and fury, the BDS movement is fighting a losing battle.