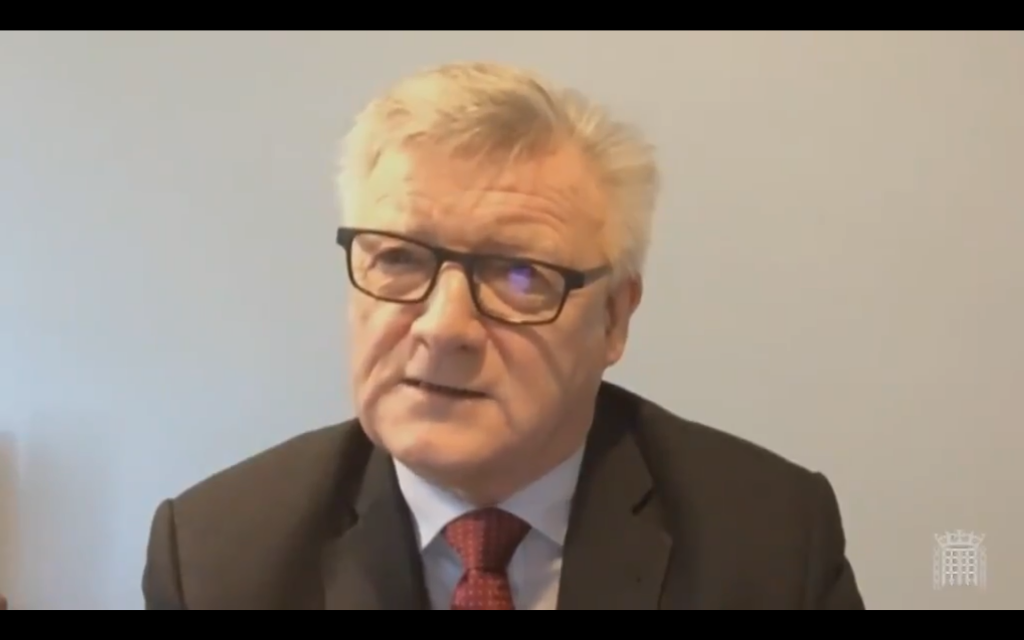 LFI chair Steve McCabe MP and LFI Parliamentary Officers took part in a debate marking Holocaust Memorial Day in the House of Commons on Thursday 28 January. This annual debate is an opportunity for Parliamentarians from across the House to unite in remembering the victims, honouring survivors, and remembering where antisemitism, racism and hate can lead.

Steve McCabe (pictured) said, “we can’t quietly excuse or ignore antisemitism … and when we think of Israel, it’s right to question the motives of those who constantly single out that State for special treatment. We should never forget what indifference and turning a blind eye can lead to. Let us be a light in the darkness ”

Fellow LFI vice-chair Pat McFadden MP added that “we must not only reject antisemitism, but the worldview which gives rise to it, the conspiracy theories that go along with it, and the hierarchy of victim hood which is blind to it.”

In her speech, LFI vice-chair Catherine McKinnell MP detailed that “history has confirmed repeatedly that appeasement in the face of prejudice and hatred only emboldens those who perpetrate it” and that the rise of the Nazis “stands as a grave warning of where hatred and misinformation can lead if we allow it to, even in the wealthiest and best educated societies.”

Discussing her experience of antisemitism during Jeremy Corbyn’s leadership of the Labour Party, LFI supporter Rt Hon Dame Margaret Hodge MP said, “the last five years have been difficult, long and lonely” she continued by paying tribute to former LFI chair, Louise Ellman and former MPs Luciana Berger and Ruth Smeeth, thanking them for their support and friendship.

Responding to the debate on behalf of the Labour party, shadow communities and local government secretary Steve Reed MP spoke about his visit to Israel with LFI saying, “I thank Labour Friends of Israel for taking me to Jerusalem where I toured Yad Vashem, Israel’s remarkable museum of the Shoah”. He also said that “a measure of our party’s recovery will be when Louise Ellman and the others who were driven out feel able to rejoin the party they grew up in and to which they gave so much”

Speaking about Keir Starmer’s determination to “root out antisemitism and to make our party a safe space for Jewish people to be members of and to vote for once more”, Steve Reed confirmed that “with the support of the Leader of the Opposition, I have asked every Labour council to adopt the IHRA definition of antisemitism, with all the examples. We have backed the Secretary of State’s request for universities to do the same, and we support the establishment of the holocaust memorial and learning centre in Victoria Tower Gardens, right next to this place, the heart of British democracy.”

Steve Reed concluded his speech by referencing the ‘Be the Light in the Darkness’ theme for Holocaust Memorial Day 2021, “as we reflect on the horrors of the holocaust, let us recognise that that anguished cry of 6 million voices from the past is our calling to build a better future, and in that, let us come together and find our light in the darkness.”

A full transcript of the debate can be found here.