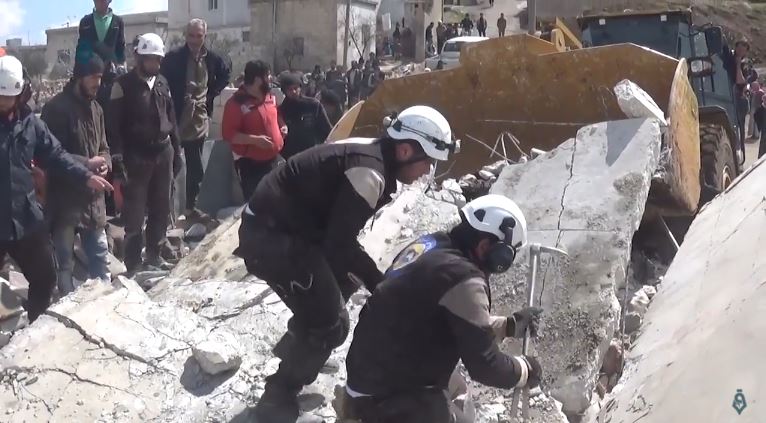 Last weekend, in an extraordinary humanitarian operation, Israel helped evacuate 800 members of the White Helmets and their families.

Israel, working with North American and European countries, including the UK, transported the humanitarian workers from South West Syria into Jordan. Jordan, which has consistently refused to accept Syrian refugees in recent years, stated that it made an exception in this case as the UK, Canada and Germany had agreed to take in the rescued White Helmets. They will be resettled in their new homes by the end of October.

The operation began at around 9pm on Saturday night, with the IDF opening Israel’s border between the Golan Heights and the Quneitra area of Syria, the last rebel holdout in the region. Israel then provided medical treatment, food and water to the evacuees before proceeding to transport them on a convoy of busses under police escort to the Jordanian border.

Founded in 2013, the White Helmets – also known as the Syrian Civil Defence – provide the first response to Syria’s civilian population in the aftermath of bombing raids. They claim to have saved more than 114,431 lives, with 204 of their members being killed in the process. The organisation has gained worldwide praise and was nominated for the 2016 Nobel Peace Prize. They were one of the three organisations supported by the Jo Cox Fund, set-up in memory of the murdered Labour MP.

As the Syrian regime – backed by Russia – closed in on the Quneitra area, the White Helmets were facing certain death. Syrian intelligence were already compiling lists of names to hunt down enemies of the regime. In an effort to undermine their work, the Syrian regime and its supporters have defamed the White Helmets as terrorists, Western-supported propagandists and Islamists. Damascus has branded the Israeli-led operation as “criminal” and aiding “Israel and its tools.”

The saving of the White Helmets is not the first time Israel has provided humanitarian assistance to the victims of Syria’s brutal civil war.

Over the past two years, under Operation Good Neighbour, Israel has delivered more than 1,500 tonnes of food, nearly a million litres of fuel for heating, as well as 300 tents to the Syrian displaced, and since 2013, more than 4,800 Syrian civilians have been treated in Israel.

An IDF spokesperson suggested that Operation Good Neighbour springs from two impulses. “Firstly, we have a moral imperative. We can’t stand by watching a severe humanitarian crisis without helping the innocent people stuck in the middle of the conflict. We also believe that the aid will ultimately create a less hostile environment across the border – and that will lead to improved Israel security.”

One of the recipients of Israel’s humanitarian support is Ammar, a 27-year-old father-of-two from Rafid, currently undergoing treatment at the Galilee Medical Centre in northern Israel. He told the Independentthat “escaping the killing machine of Russia and the militia forces has made us think of allying with what we consider to be the devil. We all think about going to Israel, but it is not allowed. Everyone is trying to escape death because the Jordanian border is blocked.”

Huda, 42, an agricultural engineer and another displaced Syrian in the same area, agrees. “It’s prohibited to go into Israel. But whenever it’s allowed we would definitely go in.”

For Rafid, the situation is disconcerting, “it’s strange for us that Israel is more humanitarian than our Arab brothers.” Perhaps, amongst all of the bloodshed of one of the worst conflicts of the 21st century, there is a grain of hope for a more peaceful future between the peoples of the Middle East.