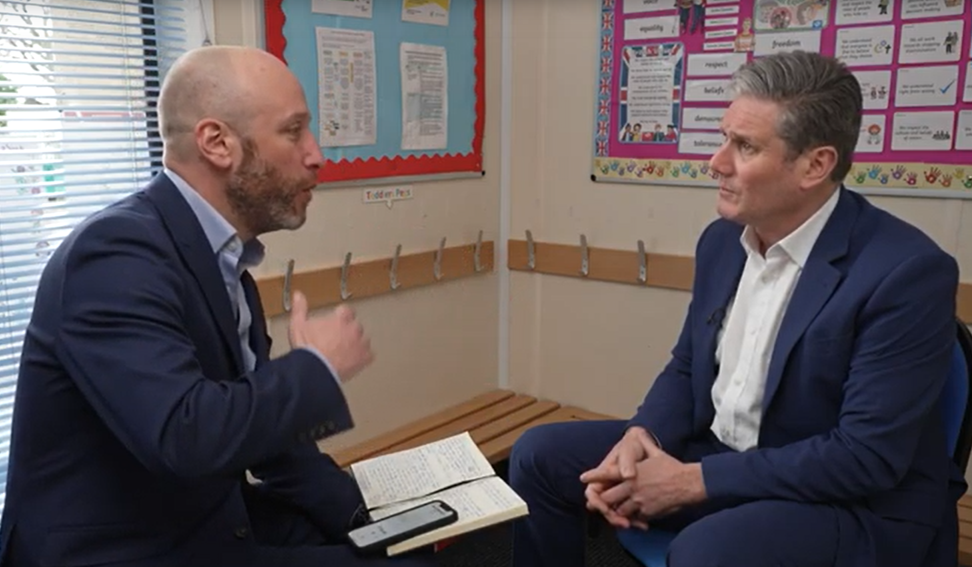 Labour leader Keir Starmer has made clear that Labour does not believe that Israel is an apartheid state, in an interview with Jewish Chronicle editor Jake Wallis Simons.

When asked whether he agreed with an Amnesty UK report, published earlier this year, which smeared Israel as an apartheid state, Starmer replied decisively: “No. I’ve been very clear about that. That is not the Labour Party position.”

Starmer also pointed to his speech to LFI’s Annual Lunch in November 2021, in which he declared his strong and unapologetic support both for Israel and for a two-state solution, as well as his opposition to BDS and anti-Zionism.

You can read and watch the full interview with the Jewish Chronicle here.