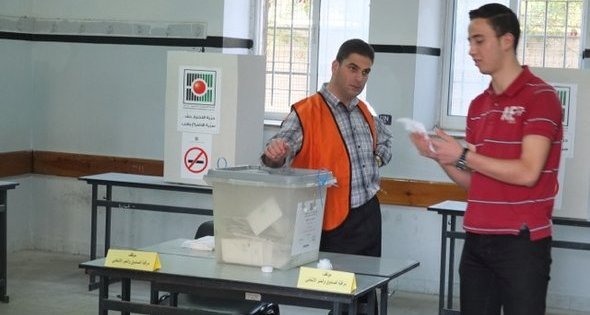 Palestinians took part in rare municipal elections across the West Bank in December, following months of growing discontent towards the Palestinian Authority after the cancellation of long-awaited parliamentary and presidential elections in spring 2021.

Some 400,000 Palestinians were eligible to vote to elect representatives for 154 village councils under Palestinian Authority jurisdiction.

Municipal elections are typically held every four to five years, with the last taking place in 2017.

Increasingly unpopular president Mahmoud Abbas confined the election to rural municipalities after he postponed voting in the West Bank’s major cities, where anger towards his ruling Fatah party is strongest.

The elections were also boycotted by the Hamas terror group, which governs the Gaza Strip.

A Hamas spokesperson called for parliamentary and presidential elections, dismissing the municipal vote as a “violation” of previous agreements.

Some 65 percent of eligible voters cast their ballots, though with most candidates running as independents and the vote being boycotted by Hamas, it is difficult to draw conclusions from the results.

The PA’s legitimacy has plummeted since Abbas cancelled long-awaited elections in April last year, blaming Israel regarding uncertainty over voting in East Jerusalem.

However, critics have accused him of postponing out of fear that his party, which has governed since 1996, would lose to Hamas.