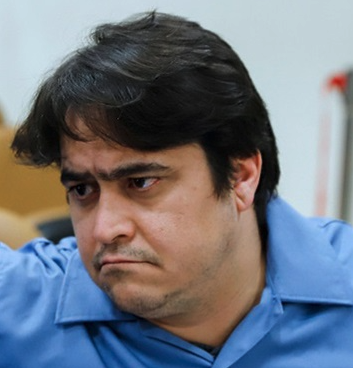 The House of Commons Foreign Affairs Select Committee this week issued a strong warning about Britain’s relationship with Iran. In a report entitled “No Prosperity Without Justice”, the committee suggested that Iran’s malign regional actions challenge the values which underpin British foreign policy. The warning came as Tehran executed dissident journalist Ruhollah Zam (pictured) who the regime claims helped fuel unrest on social media during the violently suppressed 2017 anti-government protests.
The foreign affairs committee accuses Iran of disregarding its international human rights commitments “to the detriment of ordinary Iranians, people across the Middle East [and] British nationals who have been arbitrarily detained”. It calls for the UK to work to strengthen the “imperfect” 2015 nuclear deal and address Iran’s wider destabilising activities. It also says Britain should look not only at traditional partners within Europe and the US but also to “build on its unique relationship with the Gulf states to broaden the ground for diplomacy”. Chaired by Conservative MP Tom Tugendhat, the committee’s members include Labour’s Chris Bryant, Neil Coyle and Graham Stringer.
Zam was convicted of “corruption on earth” by an Iranian court in June and his death sentence was upheld last week by the Supreme Court. He was hanged early on Saturday morning. Amnesty International said the speed with which the sentence was carried out was a “reprehensible bid to avoid an international campaign to save his life”. Zam lived in exile in Paris and ran the Amadnews website, a popular anti-government forum which Iran says incited the 2017-18 protests. In October 2019, Iran’s Revolutionary Guards said it had arrested Zam following a “complex operation using intelligence deception”.
Read full article