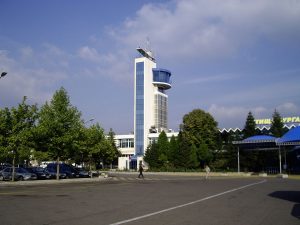 A Bulgarian court this week sentenced two men to life imprisonment for a 2012 bus bombing in which five Israeli tourists were murdered and more than 35 injured. The driver of the bus also died in the attack. The two men, both of Lebanese origin, were tried in absentia and their whereabouts are unknown. Hezbollah has always denied its involvement in the attack at Burgas airport on the Black Sea in July 2012. A man of dual Lebanese-French citizenship carried out a suicide bombing, blowing up a backpack he was carrying close to a bus at the airport. However, the Bulgarian prosecutor’s office said in a statement that evidence “showed that the two defendants … had links to the radical wing of Shi’ite group Hezbollah”.
The men – Meliad Farah, an Australian citizen, and Hassan El Hajj Hassan, a Canadian citizen – were found guilty of being accomplices by the court and ordered to pay compensation to families of the victims and the injured. A red notice for their arrest has been issued by Interpol. Bulgarian prosecutors said the attackers had family links to Hezbollah and that the use in the bomb of ammonium nitrate indicated the group’s involvement. Evidence also showed that Hezbollah provided financial and logistical backing for the attack. Israel’s Foreign Ministry welcomed the verdict and urged European countries to take “adequate legal steps against this terrorist organisation”.
Read full article