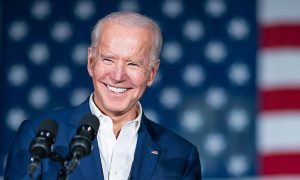 US president Joe Biden assured his outgoing Israeli counterpart, Reuven Rivlin, that he would not tolerate a nuclear Iran as the two met on Monday.

The meeting came amid growing apprehension regarding the Biden administration’s efforts to re-enter the Iran nuclear deal.

“What I can say to you is that Iran will never get a nuclear weapon on my watch”, Biden said.
“Things are still far from decided”, he continued. The multilateral nuclear deal, agreed in 2015 under Barack Obama, was dealt a major blow when the Trump administration withdrew from it in 2018.

“It’s something that I often say, ‘If there wasn’t an Israel, we’d have to make one.’ This includes… an unwavering commitment to Israel’s self-defence.”

Rivlin also met the Emirati ambassador in Washington, in which he personally thanked Yousef al-Otaiba for the significant role he played in bringing the Abraham Accords between Israel and the UAE to fruition last summer.