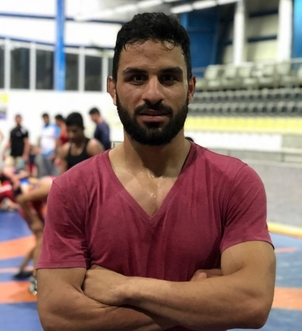 The American Jewish Committee has joined growing calls for Iran to barred from next year’s Olympics following the execution of champion wrestler Navid Afkari earlier this month. The 27-year-old was convicted of “insulting the supreme leader” and “waging war against God” after he participated in anti-government protests two years ago. Iranian authorities also tortured him into making a false confession that he murdered a security guard.
The AJC called the execution a “flagrant violation of the Olympic Charter, which specifically forbids retaliation against athletes for political reasons”. “Afkari’s only crime was that he dared to protest the oppressive regime that ultimately killed him,” the AJC says in a petition it is organising which highlights Iran’s abysmal human rights record.
Human rights groups and activists believe Afkari was targeted by the regime to intimidate others who might choose to participate in peaceful protests. Afkari’s brothers, Vahid and Habib, were sentenced to 54 and 27 years in jail in the same case. The men’s mother said her sons were forced to testify against one another.
The 2018-19 protests began in opposition to the regime’s austerity policies but snowballed into demands for political change. The World Players Association and athlete representation groups such as Global Athlete have demanded the International Olympic Committee and United World Wrestling expel Iran from world sport. The United States has also imposed sanctions on judges and officials involved with Afkari’s trial and execution.
Read full article