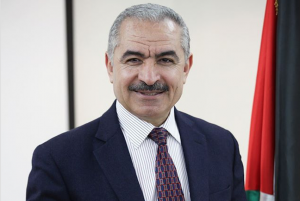 But the president also announced new elections – the first for over 14 years – will take place in Palestine following an agreement between his Fatah party and its arch-rival Hamas.

“Here we are, despite all the obstacles that you know too well, preparing ourselves to hold parliamentary elections, followed by presidential elections, with the participation of all factions and political parties,” Abbas declared.

The last presidential election – won by Abbas – took place in 2005 but a year later elections to the Palestinian Legislative Council saw Hamas emerge victorious. Its 2007 violent coup in Gaza led not only to the separation of the coastal enclave from the West Bank but also to the snuffing out of the fledgling and imperfect Palestinian democracy.

Multiple reconciliation agreements between Hamas and Fatah have been reached and subsequently fallen apart over the past decade, mainly as a result of the terror group’s refusal to disarm. And there have been conflicting signals as to how firm the latest deal between the two to hold elections is. Nonetheless, Hamas leader Ismail Haniyeh spoke with Abbas by phone last Friday and further talks were held this week in Egypt, with Fatah apparently pledging to Hamas that it will honour the outcome of the elections whatever the result.

If the elections do indeed go ahead, it will shine a spotlight on the battle within Fatah to succeed Abbas – a contest which, given the 85-year-old president’s age, will inevitably continue to bubble away regardless of whether Palestinians see the inside of a polling station or not.

The president himself has previously indicated that he will not stand for another term (although some suspect this may simply be a ploy designed to allow him to “reluctantly” agree to throw his hat into the ring after colleagues have pressured him into changing his mind).

But if Abbas’ words are genuine – or he departs the political scene under other circumstances – who will be the key players in the succession battle?

In reality, as the president’s former adviser Ghaith Al-Omari has suggested, it may be impossible for a single individual to replace Abbas. Both he and Yasser Arafat wielded huge power because they simultaneously combined the roles of Palestinian Authority president with the leadership of both Fatah and the Palestinian Liberation Organisation (the former is the dominant grouping within the latter). Although Abbas’ successor is likely to emerge from the Fatah Central Committee, it may be that splitting the three roles is the only way to contain the rivalries of potential contenders and allow competing factions to reach an accommodation, albeit an uneasy one. However, as Al-Omari also notes, such a compromise is also a possible recipe for instability. While symbolically resonant, heading the PLO is less important than either the PA presidency or the leadership of Fatah. Moreover, both of these latter two roles are powerful enough to undermine the other.

The contenders and key players

A key potential contender to succeed Abbas is Jibril Rajoub. The chair of the Palestinian Football Association and Palestine’s Olympic Committee, Rajoub was appointed secretary-general of Fatah’s Central Committee in 2017 by the president. As the Times of Israel’s Palestinian affairs specialist, Avi Issacharoff, has noted, Rajoub enjoys “a very wide base of popular support, especially in the south and centre of the West Bank”, with Hebron and Bethlehem among his bastions of support. Crucially, as its former commander, Rajoub also enjoys support from the Palestinian Preventive Security service.

In recent weeks, Rajoub has been at the centre of the reconciliation talks with Hamas, heading Fatah’s delegation to the meeting with the terror group held in Turkey last week.

Although careful to avoid irritating Abbas, Rajoub has advocated ending security cooperation with Israel and – unlike many of the PA’s leading lights – he is barred from entering the Jewish state. As Ehud Yaari, a veteran Israeli journalist and commentator, has pointed out, Abbas has chosen not to give Rajoub more executive power, despite his having won more votes than any other Central Committee candidate at the December 2016 Fatah General Congress in Bethlehem.

Tawfik Tirawi, a fellow member of the Fatah Central Committee, fancies himself as a contender, despite what Issacharoff describes as his “remote chances”. Like Rajoub, the former head of the General Intelligence Service is also banned from Israel. A vocal critic of Abbas, he has advocated tearing up the Oslo Accords and Arafat’s 1993 recognition of Israel’s right to exist.

Abbas is, however, close to Mahmoud al-Aloul, whom the president appointed to the newly established post of vice-chair of the Fatah Central Committee in 2017. “This nomination led some in Fatah to view Aloul as Abbas’ choice for a successor,” writes Yaari. Aloul’s powerbase is his home town of Nablus, the city of which he later served as governor. Aged 70, Aloul’s son, Jihad, was killed by Israeli forces during the Second Intifada. “He enjoys a clean image of a leader, not linked to corruption,” David Hacham, a former Arab affairs adviser to successive Israeli defence ministers, argued in a profile of potential Abbas successors earlier this year.

The current head of the General Intelligence Service, 56-year-old Majid Faraj, is also seen as close to Abbas, acting as his special emissary and national security adviser. Faraj’s intelligence role ensures that, unlike Rajoub and Tirawi, he is in close contact with his Israeli counterparts. During the First Intifada, Faraj spent six years in an Israeli prison. Media reports linked associates of Tirawi to an assassination plot against Faraj earlier this year. Faraj is thought likely to back Aloul to succeed Abbas.

Aloul is also backed by Hussein al-Sheikh, whom Abbas promoted to head of the General Authority of Civil Affairs, the body which oversees coordination with Israel in civilian matters, in 2017.

Despite the support of Faraj and al-Sheikh and, likely being the first choice of many Fatah Central Committee members, Aloul, suggests Al-Omari, is “not a particularly dynamic figure, which is one reason Abbas chose him as his deputy”. “After three years as Fatah’s number-two figure, Aloul has failed to garner a visible national or international profile, although he has a decent following within the movement,” he adds.

Alongside Abbas, who appointed him, Faraj and al-Sheikh are key supporters of Palestinian prime minister Mohammad Shtayyeh (pictured). An economist who earned his PhD from the University of Sussex, Shtayyeh headed the Palestinian Economic Council for Development and Reconstruction before he was promoted to the premiership last summer. His initial handling of the covid-19 pandemic in the West Bank was judged highly competent and his popularity among the Palestinian public soared, with 96 percent saying they trusted the way the PA had dealt with the crisis under his leadership. “He has brandished an image as a successful administrator in the eyes of the media, a leader who can be trusted to navigate a pandemic,” suggested political analyst Akram Atallah in May.

A climb in the number of West Bank coronavirus cases in recent weeks may have dented this image, but Shtayyeh could emerge as a “consensus candidate” – “an internationally presentable yet politically unthreatening figure,” in the words of Al-Omari – to whom the Fatah Central Committee could turn.

Although he has been careful never to clearly signal his own choice as successor, commentators believe Abbas’ preferences can be detected. “Whether he chooses to retire or stay until he is incapacitated,” argues Yaari, “Abbas can be expected to guarantee that the al-Sheikh-Faraj alliance, complemented by Shtayyeh and Aloul, will run the show.”

Rather more apparent than Abbas’ chosen successor is the man he is determined to prevent following him into the Palestinian presidency – Mohammed Dahlan. A bitter falling out between the two men (Abbas suspected his former top adviser and Gaza security chief had leaked stories to the media concerning corruption allegations against the president’s two sons) led to Dahlan being forced out of the West Bank and into exile in 2011. A wealthy businessman and fixer, Dahlan is close to the United Arab Emirates’ crown prince, Mohammed bin Zayed, and is believed to have been involved in brokering the normalisation agreement with Israel.

While his support in the West Bank is relatively weak, believes Hacham, Dahlan’s “record of being able to secure financial support for Gaza and the West Bank via Gulf states and on behalf of NGOs has boosted his standing”. Dahlan also enjoys the support of the Egyptian government.

“Largely struck from the list of possible heirs, he is now making a comeback – tacitly supported not only by Arab countries, but also by the Trump administration,” Isaacharoff writes of Dahlan’s alleged role in the UAE-Israel normalisation agreement. “The cards have been reshuffled.”

As to the view of the Palestinian public, polls have consistently shown that the most popular candidate to succeed Abbas is Marwan Barghouti. But his route to the presidency faces a major obstacle: Barghouti is currently serving five life sentences in an Israeli prison for terrorist murders carried out during the Second Intifada.