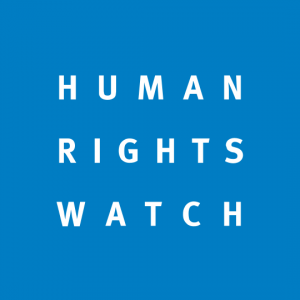 Hamas security forces arrested dozens of Palestinian activists last week in a bid to prevent anti-government protests similar to those which have rocked Lebanon.

The arrests – believed to have targeted left-wing and moderate opponents of Gaza’s Islamist rulers – came as a court in the West Bank ordered the blocking of 59 Palestinian websites, blogs and Facebook pages which oppose the Palestinian Authority.

The Ramallah court order, which is being appealed, was described by the Palestinian Press Association as “a black day for Palestinian journalism and a fatal blow to freedom of expression in the Palestinian arena”. The association also noted that the court was acting on an order issued by President Mahmoud Abbas in 2017.

In its petition to the court, prosecutors said that the sites – some of which are very popular among Palestinians and among wider Arab audiences – were likely to incite lawlessness and disseminated harmful content about the PA and its officials.

Hamas’ drive to snuff out any potential protests in Gaza follows the brutal suppression of civil society demonstrations – focused on the strip’s dire social and economic conditions – by the terror group in March. The Ynet newspaper reported that “a feeling of fear hangs over the Gaza Strip due to the arrests, and it was clear that people are afraid to take to the streets”.

The events in Gaza and the West Bank are a further reminder of the bleak human rights picture in the Palestinian territories.

Last October, a report by Human Rights Watch accused both the PA and Hamas of engaging in “systematic” torture and arbitrary arrests in order to stifle social media criticism, independent journalism and peaceful protests. The use of torture is widespread and deliberate enough to constitute “governmental policy”, HRW alleged in Two Authorities, One Way, Zero Dissent.

“Relying primarily on overly broad laws that criminalise activity such as causing ‘sectarian strife’ or insulting ‘higher authorities,’ the PA and Hamas use detention to punish critics and deter them and others from further activism,” the report suggested. “In detention, security forces routinely taunt, threaten, beat, and force detainees into painful stress positions for hours at a time.”

An update to that report published in May said that there had been “no let up” in the arbitrary arrest and torture of peaceful critics and opponents by the PA and Hamas.

It reported that between January 2018 and March 2019, the PA admitted detaining more than 1,600 people based on the peaceful expression of opposition to its rule, while Hamas authorities arrested more than 1,000 during March’s protests.

“The Palestinian Authority and Hamas remain bitterly divided, but unified in a common approach to crushing dissent,” said Eric Goldstein, deputy Middle East and North Africa director at HRW. “Leaders who have been in power for more than a decade without elections should at the very least listen to criticism, not punish it.”

In a response to HRW, the PA said that its police and preventative security forces detained 1,609 people for insulting “higher authorities” and creating “sectarian strife” during this period. “These two charges in effect criminalise peaceful dissent,” argues the US-based human rights watchdog. The PA also admitted that its security forces arrested 752 people during this same period for social media posts. It also said prosecutors in 2018 charged 815 people under the restrictive Electronic Crimes Law, including some based on social media posts. At least some of these arrests and charges were for peaceful criticism of, or opposition to, the PA or its officials.

However, HRW believe that the figures provided by the PA and Hamas “significantly underrepresent the actual number of arbitrary arrests”. It claims to have documented many cases of people detained for their peaceful expression, but not formally charged, including more than 1,000 during the We Want to Live demonstrations in March, according to the Palestinian statutory watchdog, the Independent Commission for Human Rights.

Both the PA and Hamas have, despite claims to the contrary, done little or nothing to address the issues raised last year by HRW. “There have been no serious efforts to hold wrongdoers to account or any apparent change in policy or practice,” said its latest report. “From January 2018 until March 2019, courts in Gaza convicted no officers for arbitrary arrest, mistreatment, or torture, while courts in the West Bank convicted only one security officer for these offences, sentencing him to 10 days in prison, according to figures provided by the Palestinian Authority and Hamas-led Interior Ministries.” Indeed, the PA told HRW in a statement that most complaints of torture were designed to “tarnish Palestine’s image in front of international civil society.”

In its latest report, Freedom House designates the West Bank as “unfree”, awarding it 25 out of a possible 100 across a range of measures. Noting that Abbas’ four-year presidential term began in 2005 and was supposed to have ended over 10 years ago, the report accused his government of operating in “an authoritarian manner, engaging in acts of repression against journalists and human rights activists who present views critical on its rule”. The president appoints a prime minister and cabinet without the approval of the legislature and laws are enacted through decree.

Britain can play a role in attempting to improve the human rights situation in the West Bank. The Memorandum of Understanding between the PA and the Department for International Development – which governs the aid relationship between the UK and Palestine – commits the former to “respecting human rights”.

However, beyond warm words, DfID appears to do little to enforce the terms of the agreement – treating them in the same casual fashion as it does the PA’s much-ignored obligations surrounding incitement to violence.