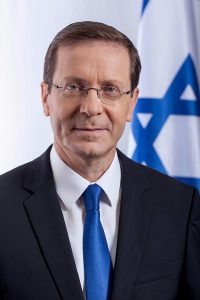 Israel was established as a home for the Jewish people, to provide a haven for the victims of millennia of persecution and to attain the self-determination needed to rebuild their lives in security and prosperity. As the fledging state thrived, over the last 70 years, the population of Israel has skyrocketed to over 9 million, as Jews made ‘aliyah’ (literally ascended) to Israel from every corner of the globe.

However, a growing number of Israelis are leaving the country to take up residence in cities from Berlin to San Francisco, with effects on both the countries they join and the Israeli society they leave behind. Many of these emigrants are top entrepreneurs and scientists, reflecting the phenomenal Israeli tech boom. Israel has the fifth-highest patents per capita, ahead of the UK, and many Israeli firms are increasingly aiming to be listed on the New York stock exchange or their equivalents in Canada or Australia. One firm that particularly stands out is Teva pharmaceuticals, who supply 1 in 6 drugs provided by the NHS in the UK.

San Francisco is one target for Israeli entrepreneurs, with up to 100,000 Israelis moving to the North California area, many of them working in Silicon Valley. There are now direct flights from San Francisco to Tel Aviv, amid deepening links between the two world-leading tech hubs.

Another city with a booming Israeli community is Berlin, sparking astonishment and fury from some that Jews are moving to Germany within living memory of the Holocaust. However, a social media storm over the iconic Israeli ‘milky’ chocolate pudding being significantly cheaper in Berlin, than in Israel, is a potent symbol of the economic incentives that lead Israelis to emigrate. The 2011 Israelis social justice protests are also demonstrative of a deep groundswell of dissatisfaction with the economic model in Israel, where a cost of living crisis means many are unable to make ends meet.

However, the Israeli who launched the ‘milky protest’ has returned to Israel and many Israelis in the US signal they have similar intentions. The forthright Israelis in America often also face culture shocks, and struggle to feel truly home in their adopted country; they enjoy living in the goldene medina but yearn to return one day to the Land of Milk and Honey.

The state’s attitude towards emigrants is mixed, with the political rhetoric of previous decades deriding them as soft and insufficiently dedicated to the Zionist dream. The derogatory term for emigrants is yerida, literally ‘descenders’, and the opposite of those making aliyah. Yitzhak Rabin infamously referred to the yeridas as ‘wimpy debris’  in 1976, reflecting the unease that the nation’s leaders felt towards those that left the state. When the fledging state was struggling economically and under constant existential threat, there was limited sympathy for those who were perceived to have abandoned the Zionist project.

Israel’s reaction to emigrants has grown more nuanced, with Jewish Agency Chair Isaac Herzog (pictured) stating: “When people go and don’t come back it always hurts my heart, but we are over that age of being judgmental”. However, Israel’s attempt to entice Israelis to return can be ham-fisted; in 2011 the Ministry for Immigration and Absorption produced tone-deaf adverts to emigrants that jibe that children born outside Israel will mistake Hanukkah for Christmas. While there are also offers of financial assistance for returning Israelis, the headline-grabbing religious arguments for Israelis to return are at odds with the predominantly economic factors that are luring Israelis abroad.

The Times of Israel also reports Israel may become a victim of its own success, with a brain drain of physicians and academics, having the potential to derail the cutting edge technology and medical advances for which the ‘start up nation’ is globally renowned. With Israel acting as an incubator for innovation, the state may well need to improve its ability to retain the talent it creates, or to entice its citizens back from abroad.