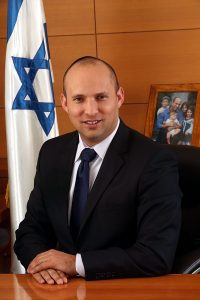 Israel and Hamas appear to be edging towards a long-term truce, designed to bring peace to the border region and relief to the Gaza Strip.

Israeli media reports in recent days have emphasised that the IDF’s killing of Palestinian Islamic Jihad commander Baha Abu al-Ata last month has breathed new life into long-standing efforts to reach some form of accommodation between Israel and Gaza’s rulers.

Ata was responsible for more than 90 percent of rockets fired at Israel over the past year. His death – and those of at least 20 PIJ operatives in the ensuing 50-hour conflict between Israel and the terror group – could lead to progress, the IDF reportedly hopes.

Unusually, Hamas, which is militarily superior to PIJ but politically marginally more moderate, confined itself to firing only two rockets into southern Israel after a ceasefire was agreed; a response seen as a mere gesture by the Israeli military. PIJ, by contrast, launched 500 rockets indiscriminately at Israel.

“Ata was a thorn in the side not only of Israel, but also of Hamas, as his operations against Israel frequently derailed the group’s efforts to stabilise conditions in the beleaguered enclave,” suggested the Times of Israel’s Avi Issacharoff on Sunday.

Israel believes that, until the IDF struck, Hamas had been attempting for months to restrain PIJ. Those efforts were not always successful, however. PIJ’s aim was to scupper Egyptian attempts to broker a deal between Israel and Hamas.

Israeli military assessments judge that Hamas leaders are seeking an arrangement with Israel – what its spokesman describe as “tahadiyeh” or “long-term calm” – in the hopes of accruing significant economic benefits. Hamas’s deep unpopularity, combined with Gaza’s desperate need for development, is driving this unlikely, short-term, tactical partnership.

Despite weekend violence – which saw the death of a Palestinian teenager in border clashes with Israeli troops, rockets fired at the Negev, and IDF airstrikes on Gaza – there remain signs that Israel and Hamas are both keen to dampen tensions and strike a deal.

On Saturday, it was revealed that Israel’s new defence minister, Naftali Bennett (pictured), has ordered the IDF to conduct a feasibility study on an initiative – originally promoted by former Labor MK Omer Barlev – to build an artificial island port off of the Gaza coast. The idea, which has been pushed by foreign minister Israel Katz, would see the construction of a three-square mile artificial island linked to Gaza by a three-mile causeway. It could be detached from the mainland by means of a drawbridge if necessary, thus alleviating Israeli security fears while improving the flow of goods in and out of Gaza. Katz’s plan, which was first unveiled in 2017, envisages that the island would house desalination facilities for clean water, an electricity plant, a freight harbour and an area for container storage. The project, which would be internationally financed, would take five years to build and mark the completion of Israel’s 2005 withdrawal from Gaza.

Bennett’s apparent warmth towards the scheme stands in marked contrast to the opposition displayed by former defence minister Avigdor Liberman who raised security concerns to block the Israeli cabinet from advancing the plans in the summer of 2017. Such fears are not baseless. On Wednesday, Israeli security forces prevented an attempt to smuggle a large quantity of equipment into Gaza. Officials say the shipment included 325 packages – containing knives, scuba gear, drones and satellite communications equipment – ordered online from popular websites such as AliExpress and Amazon.

The island is, though, just one of a series of proposed initiatives to ease Gaza’s plight. Israel is said to be ready to issue several thousand new permits to allow Gazans to enter the country to see work. Such a move might be coupled with plans presented by the heads of Israeli regional councils which border Gaza for a series of industrial zones. Although constructed on the Israeli side of the border, they could provide jobs for thousands of Palestinians. There are also plans to build a new electricity line and power plant that would improve supplies to Gaza, as well as construction of a green energy facility which would turn waste products into electricity. The Strip has been hit by power cuts and shortages for a long time. Israel has also widened the fishing zone off of Gaza to 15 nautical miles.

Finally, Israel last week once again allowed a Qatari envoy to enter Gaza to distribute the latest tranche of the Gulf state’s cash. This included $7m earmarked to be distributed to needy Gazan families.

At the same time, Hamas also appears to be reaching out to Israel. Its leader, Ismail Haniyeh, spoke last week about the need to carry two flags – one of resistance and one of development. He departed on Monday for Cairo to take part in talks with Egyptian officials who are working on a long-term truce.

Hamas has also cancelled border fence demonstrations – a regular flashpoint between militants and Israeli troops – for three consecutive weeks, although these may resume on Friday.

The Israel media have also noted that Hamas has been pushing a project to build a hospital near the Erez crossing, which is being funded by a US charity. The hospital will provide desperately needed additional medical care facilities for Gazans, but Hamas is having to ride out considerable flak from rival Palestinian groups for its willingness to cooperate with an American group. Former hijacker Leila Khaled of the radical Popular Front for the Liberation of Palestine has spoken out against the so-called “American hospital” amid false rumours it is simply a front for American and Israeli intelligence gathering.

The Palestinian Authority has also opposed the project and sought to exploit Hamas’ discomfort at cooperating with an American organisation, albeit a non-governmental one. The PA’s minister for civil affairs, Hussein al-Sheikh, for instance, said on Saturday the hospital was proof of Hamas’ willingness to work with the United States. Hamas retorted that the PA’s leaders should stop receiving medical treatment in Israeli hospitals before it raised such objections.

In reality, its cynical posturing underlines the PA’s concern that, as Issacharoff put it, “Hamas is becoming a legitimate partner for outside forces”. “In recent months, the government in Ramallah has raised just about every possible objection to the notion of funding projects that would improve the quality of life in Gaza, or even medical treatment for the residents of the Strip,” he noted.

President Mahmoud Abbas’ Fatah party – which runs the PA – may also be starting tentative electioneering as it faces the prospects of having to face Palestinian voters for the first time in more than a decade.

Last week, Hamas and Fatah inched further towards the holding of parliamentary and presidential elections across the Palestinian territories. The last presidential election, won by Abbas, was held in 2005, with a parliamentary contest not being held since 2006. That election was won by Hamas, which then staged a violent coup in Gaza the following year, in which it ousted the PA and murdered its political rivals.

Last week, Hanna Nasser, the head of the Elections Committee, met with Haniyeh in Gaza and announced that Hamas had agreed to Abbas’ conditions for new elections. Nasser said: “The results of the election will be respected and appreciated by Hamas and the Palestinian factions.”

Frequent attempts to broker a reconciliation agreement between Hamas and Fatah have been unsuccessful; the most recent foundered last year when there was an attempt to assassinate the then Palestinian prime minister when he visited Gaza.

In a further sign of an easing of tensions, Abbas last week called the former Hamas leader Khaled Mashaal, who is recovering from what is reported to be a “minor illness”. The president is believed to rarely communicate with senior Hamas figures.

If the elections go ahead, Palestinians will vote for a new parliament in February and president in May.

However, the issue at the heart of the conflict between Hamas and Fatah – the former’s unwillingness to give up its arms – is not likely to be so easily resolved. Hamas may be willing to come to a deal with its Israeli arch-enemies. It is less unlikely, however, to disarm and submit to the rule of a Palestinian Authority it has no guarantee of ultimately running.