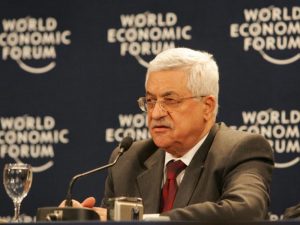 Elections to the Palestinian Legislative Council and presidency, respectively scheduled for 22 May and 31 July, have been postponed indefinitely – and effectively cancelled.

The last elections in the Palestinian territories took place in January 2006. The result saw a victory for Hamas, a terrorist group committed to Israel’s destruction, which won 74 of 132 seats in the Legislative Council. Fatah, Abbas’ ruling party, won just 45 seats. The results prompted a civil war between Hamas and Fatah in which over 600 Palestinians were killed, including 98 civilians. Ultimately, Hamas seized power in a bloody coup in the Gaza Strip, while Abbas remained in post within the West Bank-based Palestinian Authority.

Since 2006, there have been several attempts to hold elections in the Palestinian territories, all of them unsuccessful due to mutual distrust between parties and Fatah’s fear of losing power. Elections scheduled for April 2014 were delayed indefinitely. A 2017 deal between Fatah and Hamas envisioned elections in 2018, but these were not held. In September 2019, Abbas told the UN General Assembly that he intended to call elections in the near future. These were initially scheduled for February/March 2021, but later pushed back to 22 May, before being postponed indefinitely last week.

Abbas’s claim that the decision to postpone the elections was rooted in electoral disputes over East Jerusalem was undermined by the context both outside and within the president’s party.

Abbas justified the delay by claiming that Israel was not allowing Palestinians in East Jerusalem to take part in the elections. “Facing this difficult situation”, he said on Palestinian television, “we decided to postpone the date of holding legislative elections until the participation of Jerusalem and its people is guaranteed.” Abbas had insisted that all 150,000 eligible Palestinian voters in East Jerusalem must be able to cast ballots. However, this contradicted previous agreements with Israel governing Palestinian voting rights in the city. Under these circumstances, as occurred in 2006, some 6,300 Palestinians could vote in designated post offices in East Jerusalem, while the remainder cast their vote outside of the city boundaries. Israel’s foreign ministry said that the country had “no intention of intervening in [the Palestinian elections] … nor preventing them”.

What it all means

Postponing the elections has a number of implications for the Palestinians and the region.

It is unclear how much the Palestinian public – most of which supports holding the elections on time – believe Abbas’ justification. Small demonstrations took place in Gaza and Ramallah as the decision was announced on Thursday, with protestors chanting “The people want the ballot box!” in Ramallah’s Al-Manara Square.

Israel did not publicly say whether it actually would prevent elections from taking place in East Jerusalem, but has recently insisted that it would not intervene or seek to cancel the scheduled elections. When asked about a potential delay last week, Israeli officials said that they feared a delay could lead to renewed conflict with Hamas, which is committed to Israel’s destruction and has recently allowed rockets to be fired into Israel from Gaza.

Despite frustrations with the failure of democratic process in the Palestinian territories, reactions to the cancellation of the elections were shaped by the prospect of what might have happened had they gone ahead.

Abbas’ claim that he would hold the postponed elections “within a week” should East Jerusalemite Palestinians be included has been given little credence by observers in the Palestinian territories and beyond. Should past events be any guide, it will be a long time until the Palestinian people vote again.