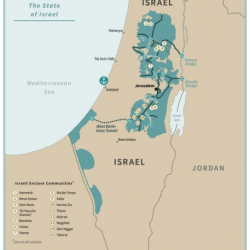 The release of Donald Trump’s much-delayed Middle East peace plan in January was a nakedly political bid to boost Benjamin Netanyahu’s chances of re-election. After the conclusion of a “unity government” agreement last week, Netanyahu is guaranteed at least another 18 months as Israel’s prime minister. In that period, he appears determined to try and push through[…]