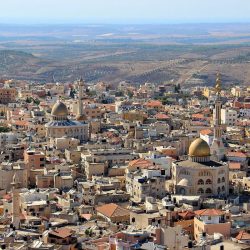 Among the many flaws of Donald Trump’s “deal of the century” – although one which has received little intentional attention – was its seeming proposal that thousands of Arab Israelis should be effectively stripped of their citizenship and transferred to a future Palestinian state. The US plan proposes that Israeli territorial gains in the West[…]