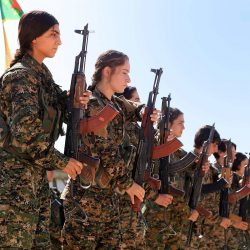 President Trump’s decision last week to abandon the Kurds and give the green light to Turkey’s invasion of north-eastern Syria has sent shockwaves through the Middle East, including in Israel. Even as the US now apparently scrambles to rein Turkey in, the impact of the president’s actions may be far-reaching. Israel has long been supportive[…]