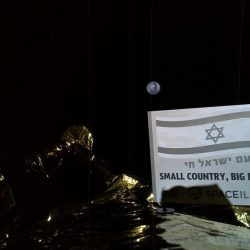 “Small country, big dreams” read the sign affixed to the Israeli spacecraft Beresheet, which last month entered lunar orbit before crashing during its attempted landing. Despite the failure to land on the moon, Israel still became the seventh – and by far the smallest – country in the world to bring a spacecraft into lunar orbit.[…]