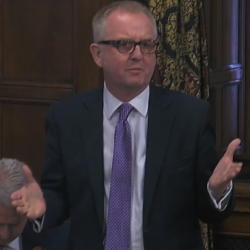 Labour MPs hailed Britain’s contribution to the creation of the State of Israel in a Westminster Hall parliamentary debate this week. MPs were debating the 1917 Balfour Declaration, when Britain declared its support for the establishment of a Jewish national homeland in the land of Israel, ahead of its 100th anniversary next week. Louise Ellman MP,[…]