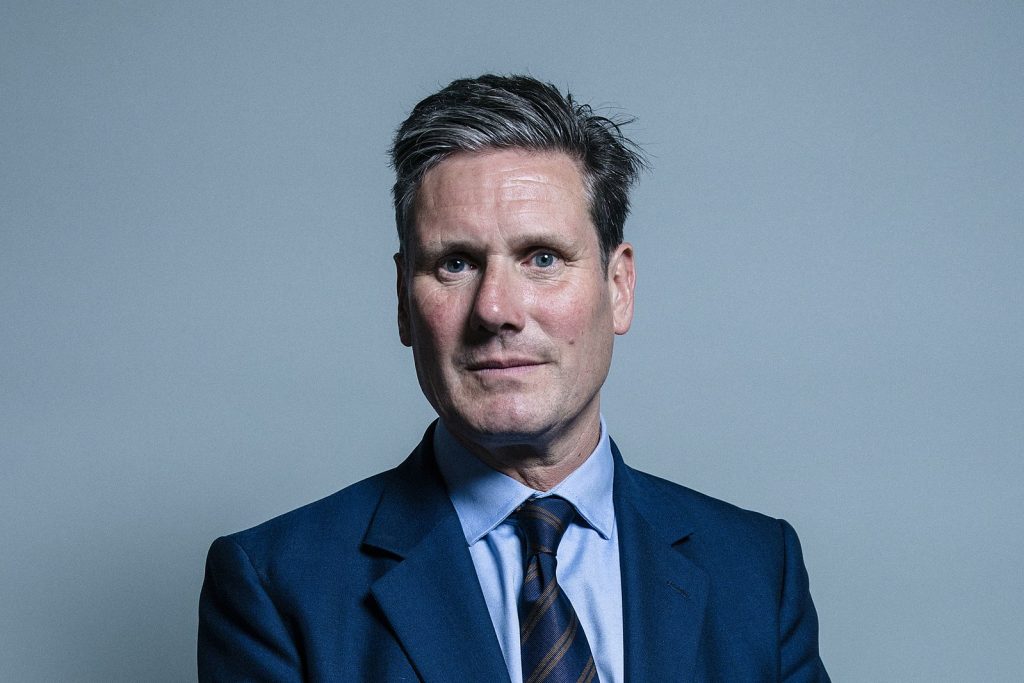 Sir Keir Starmer has underlined his determination to begin the process of ridding the Labour party of antisemitism with a series of moves in his first days as leader.

Sir Keir’s actions were welcomed by the new chair of Labour Friends of Israel, Steve McCabe.

In an opinion piece for the Jewish Chronicle, McCabe pledged LFI’s support and suggested: “As Sir Keir knows, repairing the damage wrought during the past five years is not something that can be achieved overnight. It will be a long process and it will require dedication, determination and focus. Crucially, it will be the Jewish community itself which judges whether we have matched words with action.”

In his online victory speech, Sir Keir issued an apology to the Jewish community for the Labour antisemitism crisis, saying it has been “a stain on our party”. He said that he would “judge success by the return of Jewish members”.

His first act after his decisive victory on Saturday was to write to the Board of Deputies’ president, Marie van der Zyl, to reiterate his apology and commitment to “stamp out” anti-Jewish racism in the party.

Sir Keir’s first television interview on Sunday saw the new Labour leader suggest that a key test of his drive to tackle antisemitism will be the return to the party of former LFI chair Louise Ellman. She quit Labour last autumn over the antisemitism crisis.

“When Louise Elman left our party I had a discussion with her two days later and I said to her ‘the test for me of whether we’ve dealt with this in the Labour Party is when people like you, Louise, feel like you can come back to our party’,” Sir Keir told the BBC.

A video conference between Sir Keir, the Board of Deputies, Jewish Labour Movement, Jewish Leadership Council and the Community Security Trust was swiftly held on Tuesday. After the call, the communal leaders said Sir Keir had “already achieved in four days more than his predecessor in four years in addressing antisemitism within the Labour party”.

Also writing for the JC, Sir Keir said the fight against antisemitism was “a moral imperative, not a political one” and acknowledged the scale of the problem within the party. “We have to be honest that this a cultural problem and only by listening and learning can we change that,” the new Labour leader wrote.

In his JC article, McCabe vowed that LFI would back Sir Keir in his effort. “I intend that we should do all that we can to assist Sir Keir in the vital work ahead,” he suggested. McCabe laid out three early steps that LFI will work with Sir Keir to achieve:

•    Swift implementation of the findings of the Equality and Human Rights Commission probe into antisemitism in the party.

•    The establishment of a fully independent complaints procedure and moves to purge antisemites from the party.

•    The removal from positions of power and influence within the party of all those who have protected and excused antisemites.

McCabe also made clear the need to root out anti-Zionist antisemitism from Labour’s ranks.

“Anti-Zionist antisemitism is at the heart of the crisis which has afflicted Labour over the past four years,” he argued. “Any strategy to truly rid the party of the stain of antisemitism must recognise that fact.”

“No Jewish member will feel comfortable sitting in local Labour party meetings while a small number of cranks and bigots loudly proclaim their views about Jews, Israel and Zionism at every opportunity,” LFI’s chair wrote. “We must end this obsession with Israel which has been allowed to drive far too much of the discussion and promote too many ridiculous resolutions within the party from its grassroots to the floor of party conference.”

•    Recommit Labour to the search for a two-state solution with security and recognition for Israel and an independent, viable and democratic Palestinian state.

•    Work to build bridges between Israelis and Palestinians and vigorously oppose the divisive effort to demonise and delegitimise the Jewish state led by the BDS movement.

•    Celebrate the burgeoning economic, cultural and security ties between Britain and Israel.

But, McCabe argued, Labour also needs to develop a “progressive policy agenda” for the wider Middle East, too, if it is to be seen as a “credible party of government” once again.

“From the threat of Iranian expansionism to terrorism, the rights of women and minorities, and the new relationships being forged between Israel and many of the Gulf Arab states, we need to start thinking seriously again about the changes and challenges which will shape the region over the next decade,” he wrote.

The new shadow cabinet saw the appointments of long-standing LFI vice-chairs Rachel Reeves and Jonny Reynolds. The only two deputy leadership contenders who refused to back the Board of Deputies’ 10 pledges to tackle antisemitism in the party – Dawn Butler and Richard Burgon – were both sacked in the shadow cabinet reshuffle.