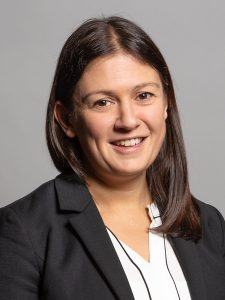 Labour Friends of Israel were pleased to meet with shadow foreign secretary Lisa Nandy MP and shadow Middle East minister Wayne David MP via Zoom on Friday 29th May. LFI chair, Steve McCabe MP, LFI chair in the Lords, Baroness Ramsay and LFI director Jennifer Gerber participated in the call.
LFI made clear that the obsession with Israel must end and the party must have a balanced Middle East policy. The call was an opportunity to raise important issues including working to support a two-state solution, Israel’s security, and funding for coexistence between Israelis and Palestinians. We look forward to working with Lisa and the whole shadow FCO team in the months and years ahead.
Commenting on the meeting, Steve McCabe MP, LFI chair, said:
“Thank you to Lisa Nandy for meeting with myself and LFI colleagues. We discussed the importance of Israel’s security, the threat posed by Iran and the pernicious nature of the extremist BDS campaign. We made clear that there should be no place in the party for those who seek to demonise and delegitimise the Jewish state or those who deny Jewish people their right to self-determination. We look forward to working with Lisa and the shadow FCO team to restore Labour to being an honest broker on Israel-Palestine; a prerequisite to beginning to repair relations with the Jewish community and being a credible party of government.”
Lisa Nandy MP, shadow foreign secretary, said:
“I’m pleased to have had the opportunity to meet with Labour Friends of Israel and look forward to an ongoing and constructive dialogue in the future. LFI has an important role to play in the debate and I look forward to working with them in supporting a two-state solution in the Middle East, promoting peaceful coexistence between Israelis and Palestinians and strengthening the relationship between the Labour Party and the Jewish community in the UK and across the world.”