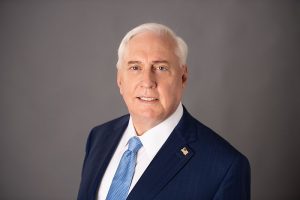 A newly appointed adviser to the US secretary of defence has been accused of making antisemitic remarks after suggesting that American politicians become “very very rich” by supporting Israel.
Douglas Macgregor, a retired army colonel, has been given the post of adviser to Donald Trump’s acting defence secretary, Christopher Miller. The president fired defence secretary Mark Esper last week.
CNN reported that Macgregor gave an interview last year in which he said that the US secretary of state Mike Pompeo “has his hands out for money from the Israeli lobby, the Saudis and others.”  Macgregor also said that former National Security Adviser John Bolton has “become very, very rich and is in the position he’s in because of his unconditional support for the Israeli lobby.” Asked if he believed politicians who are known for their support for Israel want to go to war with Iran, Macgregor responded: “You have to look at the people that donate to those individuals.”
Jonathan Greenblatt of the Anti-Defamation League said of the comments: “There is no place in our government for these ugly, antisemitic conspiracy theories that wealthy Jews are controlling the government.” Democrat congressman Ted Deutch said: “The only appropriate response from this White House to these antisemitic comments … must be a swift firing and complete condemnation.”
Read full article