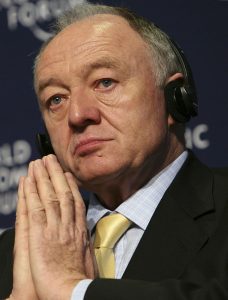 Jeremy Corbyn directed aides to get Ken Livingstone back into Labour, reports the Jewish Chronicle. In a special enquiry by Panama journalist John Ware, sources revealed two senior leaders’ staff were tasked with organising the former Mayor of London’s re-admittance into the party, coming after his second suspension after his “Hitler … was a Zionist” comments. Ware’s 10,000 word report, analysing the ‘leaked’ dossier written by the outgoing Labour leadership for the Equalities and Human Rights Commission, is damning. In response to the Labour disciplinary committee’s decision to suspend and not expel Livingstone, the leader’s office was said to be ‘shocked and unhappy’ but this is far from the truth. Meanwhile, current leader Keir Starmer told LBC radio presenter Nick Ferrari that the case into suspended Labour executive committee member Pete Willsman “has taken too long”. In a tirade, the Momentum backed Willsman dismissed concerns of rabbis protesting antisemitism in Labour as ‘Trump supporters’. Starmer said “I want it to be speeded up”, promising to not “dodge the challenge” of tacking anti-Jewish racism in Labour. This week, the Journal of Contemporary Antisemitism published a series of essays about the crisis in Labour. Academic Daniel Allington found that whlle the proportion of very antisemitic Labour voters fallen from a peak in 2018, there is a rise in ‘new’ antisemitism – when Israel is described using anti-Jewish tropes and racist imagary. Other essays were authored by the Community Security Trust’s Dave Rich and Matt Bolton, associate lecturer in politics and philosophy at the University of Chichester.
Read full article