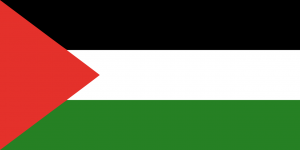 The Palestinian Authority minister of labour, Nasri Abu Jaish, has been expelled by his party after refusing to resign in protest at the death of anti-corruption activist Nizar Banat last month.

The left-wing Palestinian People’s Party (PPP) announced two weeks ago that it would withdraw from the PA government following Banat’s death in PA security forces custody.

Banat’s family claimed that he had been beaten to death by security officers.

Bassam al-Salhi, the PPP’s secretary-general, said that his party could no longer be part of a government that did not protect public freedom.

He called on the government, headed by prime minister Mohammad Shtayyeh, to resign in responsibility for Banat’s death.

Labour minister Abu Jaish announced on Sunday that he would not resign, despite his party’s decision. Following the statement, the PPP announced that it would expel Abu Jaish from its ranks.

“The Palestinian People’s Party is no longer represented in any form or through anyone in the government of Mohammad Shtayyeh”, the party announced.

Abu Jaish’s refusal to resign drew sharp criticism from Palestinian political activists, who have called for more protests against the increasingly authoritarian PA.