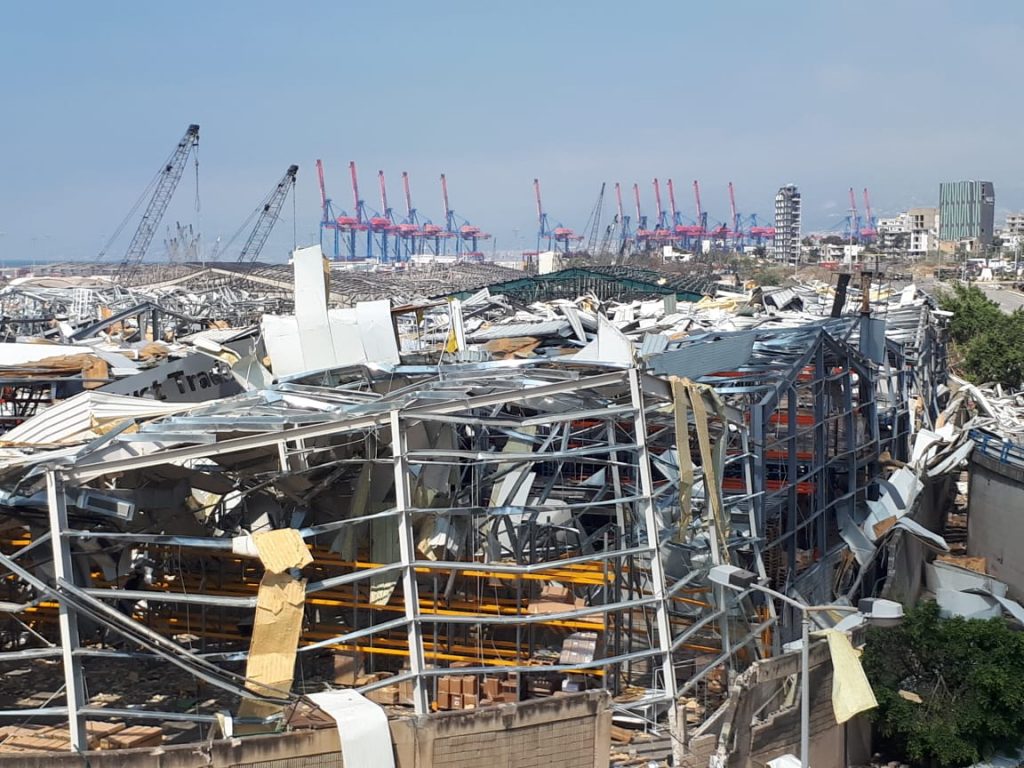 Israel made an unprecedented offer of humanitarian assistance to Lebanon on Tuesday evening following the Beirut port explosion in which over 100 people are feared dead and 4,000 injured. A number of Israeli hospitals also offered to take in and treat those injured in the disaster. Several Beirut hospitals were badly damaged in the blast, which the Lebanese authorities have blamed on a huge store of ammonium nitrate. “Israel approached Lebanon through international defence and diplomatic channels to offer the Lebanese government medical humanitarian aid,” defence minister Benny Gantz and foreign minister Gabi Ashkenazi said in a joint statement. The offer was retweeted by President Reuven Rivlin who added: “We share the pain of the Lebanese people and sincerely reach out to offer our aid at this difficult time.” Benjamin Netanyahu said he instructed his national security adviser, Meir Ben Shabbat, to discuss with UN envoy Nickolay Mladenov how Israel can assist Lebanon. Mladenov confirmed the Israeli offer, which the Lebanese government is not expected to take up.

Israel and Lebanon have no diplomatic ties and there have been a number of conflicts between them, including the 1982 and 2006 wars. Separately, offers to treat those injured in the blast were made by at least three Israeli hospitals, including the Ziv Medical Centre in the northern town of Safed, the Rambam Medical Centre in Haifa and Tel Aviv’s Sheba Medical Centre. “We are obligated to help anyone who needs assistance, especially our neighbours,” the Tel Aviv hospital stated. In a highly secretive programme – Operation Good Neighbour – Israeli hospitals have treated thousands of civilians injured in the Syrian civil war, with Ziv taking in 5,000 Syrian patients. Read full article