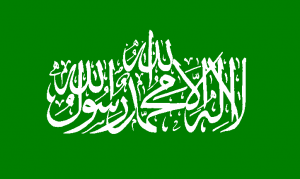 Yahya Sinwar, the head of Hamas in Gaza, appears to be floundering in his bid for re-election after three rounds of voting in a highly secret ballot on Tuesday produced no clear winner. Sinwar has held the post since 2017, making him the defacto ruler of the coastal enclave. The electorate is a small one – only the 320 members of Hamas’ Shura Council get a vote and a simple majority is needed for election. But, after three round of voting, Sinwar appeared locked in a tight race with Nizar Awadallah, a member of Hamas’ political buro and one of the terror group’s founding fathers in the 1980s. Lebanese media initially reported that Sinwar – nicknamed “the Butcher of Khan Younis” for his brutal treatment of Palestinians accused of cooperating with Israel – had been defeated, but later reports suggested the election had ended in stalemate. The Palestinian Ma’an news agency said the election had been delayed to a “later date”. Awadullah played a key role in the 2011 prisoner exchange between Israel and Hamas. Sinwar was among those released from Israeli jails in return for Hamas giving up long-time prisoner IDF soldier Gilad Shalit. Defeat would be highly embarrassing for Sinwar, who is thought to have aspirations to lead Hamas. That job – the Hamas political bureau head – is currently held by Ismail Haniyeh. Hamas sources told Haaretz that Awadallah’s election would be perceived as “a vote of no-confidence in Sinwar’s conduct and decisions in recent years, including his handling of the coronavirus crisis and his dealings with Israel and the Palestinian Authority”.
Read full article