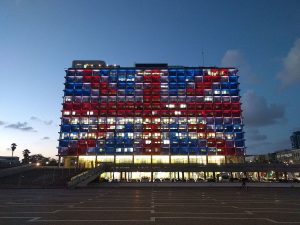 A poll commissioned by the Jewish Leadership Council (JLC) has found that the British public strongly backs Israel’s right to defend itself and feels deep sympathy for British Jews in the recent wave of antisemitic incidents.

Some 55 percent of respondents said they believed Israel had a right to defensive action, compared to just 10 percent who believed it did not.

Just 4 percent of people “strongly” disagreed with the statement “Israel has a right to defend itself. If civilian areas in this country were being attacked with rockets then I would expect the British government to do everything possible to defend people living here”.

The poll of more than 2,000 people, carried out by Deltapoll on behalf of the JLC, also found that 52 percent agreed that antisemitic incidents in the last month made them “worry that future atrocities against Jewish people are still possible”.

A strong majority of 59 percent agreed that they were “angry and embarrassed” that incidents like the antisemitic car convoy in north London had occurred in the present day.

Nine in ten agreed that the perpetrators should be brought to justice, with over half saying that those responsible should face the toughest penalties.

Asked if British Jews should be asked to justify the actions of the Israeli government, a resounding 64 percent replied “no”, compared with 12 percent answering “yes”.