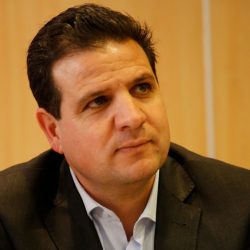 Benjamin Netanyahu’s apparent effort to make the fear of Arab-Israelis a central part of his re-election campaign came under heavy attack from the country’s president this week. Reuven Rivlin did not name the prime minister, but few would have been unaware of the target of his remarks made at a conference on Monday. “There are[…]