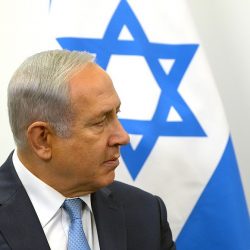 Israel’s general election campaign has been thrown into flux by legal and political developments which may put Benjamin Netanyahu’s long-term future as prime minister at risk. On Thursday, attorney general Avichai Mandelblit announced he was indicting the Israeli leader in relation to three police investigations into alleged corruption. The indictments – for fraud, bribery and breach of[…]