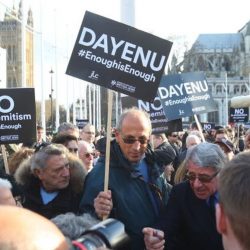 The Labour party’s ruling body, the National Executive Committee, yesterday decided to adopt a controversial new definition of antisemitism. It did so in the face of near-universal condemnation from the Jewish community and overwhelming opposition from Labour MPs. Labour’s new code of conduct – which will be used to decide the disciplinary cases of those[…]