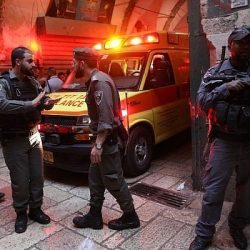 Three Israelis were murdered in a weekend of terror attacks in Jerusalem and the West Bank. Adiel Kolman, a 32-year-old father of four, was stabbed to death near the Temple Mount in Jerusalem’s Old City on Sunday. Two days earlier, two Israeli soldiers were killed and another two injured following a car ramming attack outside[…]