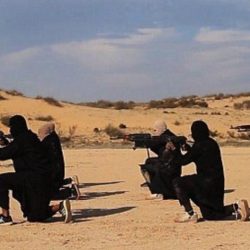 Israel has been covertly launching strikes against Islamic State in Sinai as part of a two-year  campaign secretly approved by Egypt, US media revealed last weekend. The airstrikes – carried out by unmarked Israeli warplanes, drones and helicopters – are estimated to be taking place at the rate of at least once a week. The[…]